Located in the Northeast United States, Vermont belongs to the New England region. The land was once occupied by indigenous people before the arrival of the Europeans. Vermont does not host any tall buildings. Instead, it is a welcoming place filled with natural wonders. While traveling through the state, you can come across landmarks such as Mount Mansfield, Killington Peak, Camel’s Hump, Mount Abraham, Lake Champlain, Champlain Valley, Lake Bomoseen, and many more. Although landlocked, the area is covered with fields of conifer and oak trees. Read this list of the best scenic drives in Vermont, USA, and you will be ready to hit the road! Green Mountain Byway travels through Waterbury and Stove. It is a truly astonishing route that features the glorious Green Mountains toward the east and Worchester Range to the west. Many of Vermont’s exemplary natural treasures are presented along the way. This byway brings together meadows, acres of vibrant farmland, unique forestry, waterfalls, and state parks. Moreover, it allows you to stop by some of Vermont’s most famous landmarks—such as Mount Mansfield and Waterbury Reservoir. Green Mountain Byway is a convenient and memorable drive that will surely form an instant bond between you and all that makes Vermont a special destination. Northeast Kingdom Byway unfurls as a 51-mile (82 km) route. Throughout the entire journey, you’ll feel a strong and organic connection to nature. Many of Vermont’s defining natural features are displayed, such as forests, farms, hills, mountains, and lakes. Traveling along the byway also provides the opportunity to visit several of Vermont’s communities, like Saint Johnsbury, Lyndon, East and West Burke, Westmore, Charleston, Derby, and Newport. It is in the aforementioned communities that you’ll get to encounter a well-established farming culture, eat fresh produce, and visit the many galleries that support the region’s arts community. Vermont 22A is a byway that begins in the town of Vergennes and continues onward to Fort Haven. While actively discovering the region, be sure to make Mount Philo State Park the first stop in your itinerary. It has the honorable title of being Vermont’s oldest state park, which consists of lakes, valleys, and views of the surrounding mountain ranges. Moreover, Mount Philo State Park is one of the ultimate spots for hawk-watching. Note that you will be required to purchase a pass to enter the park’s premises. Vermont 22A presents Lake Champlain Valley, Button Bay State Park, Fort Ticonderoga, and Chimney Point State Historic Site. Molly Stark Byway has roots that extend deep into the history of Vermont. Driving through the byway is crucial for a better understanding of the region’s current condition. Named after General John Stark’s spouse, the route extends for 48 miles (77.25 km) along Route 9. Initially used for the transfer of military personnel and supplies, it has since become one of the most sought-after geotourism destinations. Molly Stark Byway is a fitting choice for appreciating farmlands, the popular Green Mountains, Hogback Mountain, historic districts, lakes, waterfalls, and streams. It also allows for recreational activities such as hiking and winter sports. Vermont 100 unravels over a 146-mile (235 km) range along the central spine of the state. The drive is due east of Green Mountains and has the nickname of Vermont’s Main Street. Though the distance may seem lengthy, there are numerous dining and lodging options that add a sense of comfort to the overall adventure. Some of the byway’s defining features are covered bridges, rolling hills, and farms. It is highly recommended to take a moment or two and taste the local produce and products presented by the farmers. Vermont 100 is an ideal choice for skiing, riding, hiking, biking, and golfing. Stone Valley Byway holds a significant position in Vermont, as it houses some of the most noteworthy marble and slate quarries and mills in the state. Furthermore, the drive frames endless scenery in the form of mountain ranges, lakes, farmland, and shores to relax on. Both Lake Catherine and Lake Bomoseen, in particular, are worth a visit. The vast open lands that span along Stone Valley Byway allow for an array of outdoor activities to be enjoyed throughout the year. Lastly, anyone that is paying a visit to the byway is strongly encouraged to check out Dorset Playhouse for its widely acclaimed theater. Shires of Vermont Byway is in the form of what is known as a ribbon road. Meaning, there are two ways of going about it. The first option is to take U.S. 7, which runs from Pownal to Bennington. The second is to take Route 7A, which connects Bennington to Manchester. The byway in its entirety includes 15 of Vermont’s exemplary towns and villages. Shires of Vermont Byway is a suitable choice for those seeking to better understand the underlying history and culture of the state. There are simply many unique food places, lodging alternatives, and shopping spots along the way to get lost in. Mad River Byway runs for a total of 36 miles (58 km), and it’s packed with numerous attractions along the way. The drive, in a sense, presents a very compact way of familiarizing yourself with the culture and history of Vermont. The presence of New England architecture paints the region as having one-of-a-kind buildings and structures. Furthermore, Mad River Byway is known for offering incomparable views of mountains, farms, and villages. The culture in this part of Vermont consists of locally prepared dishes, made with some of the freshest produce available. Moreover, various festivals take place throughout the year, bringing tourists and locals together on a regular basis.

Connecticut River National Byway continues on for 140 miles (225.3 km) and instills a strong sense of wonder and curiosity to road-trippers. The byway has been constructed between Green and White Mountains. Connecticut River, being the mightiest river of New England, makes this ride especially appealing for those that favor water-related activities, such as fishing and boating or simply taking in the views of the river itself. While traveling, do keep an eye out for Waypoint Center—a reliable and well-equipped resource for travel information. Let Connecticut River National Byway show you some of the purest sights of Vermont!

10. The Crossroad of Vermont Byway The Crossroad of Vermont Byway is the perfect mixture of history and scenery, spread over a 50-mile (80.5 km) path. Found on the east-west axis, the road has been home to one of the most critical resources for conservation—Marsh-Billings-Rockefeller National Historic Park. In addition, the importance of agriculture can be seen clearly in Billings Farms and Museum, as it has done a great job of bringing the farming culture of the past to the present. The scenery includes Ottauquechee River as well as Killington and Mendon Mountains. There is also the opportunity to experience the locality through the many galleries, theaters, and festivals that take place during the spring and summer months.

Take in the marvelous sights of Vermont

Vermont is a special destination that has found a way of uniting culture and history. This combination makes it that much more special to visit the Northeastern state. This list of the best scenic drives in Vermont, USA, is essential for those planning to delve into the depths of one of the most charming states in America. Throughout this journey, you can expect to visit or see countless landmarks, museums, parks, mountains, rivers, old towns, farmland, local art galleries, valleys, lakes, and much more! Do not hesitate to take a long ride along these byways, as you’ll be creating memories to last a lifetime. 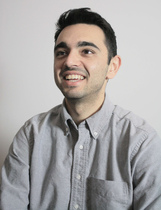 My name is Edip Efe Ulucay - I am a designer and writer currently based out of Istanbul, TR with an academic background in architectural design. Through sharing articles, I hope to inspire others...Read more
Want to contribute as a Local Expert?
Register Here
Hotels
Lowest Price Guarantee

Explore Vermont
Looking for accommodation?
Good things are meant to be shared!