We love a good shopping experience, no matter if we’re after an affordable excursion or a day of splurging on designer duds. That’s why in this article, we’re setting our sights on Barcelona, a paradise for shoppers. This beautiful city offers a plethora of shopping options from incredibly cheap bargains to Spanish and international luxury goods. Explore Barcelona’s wide avenues and narrow streets to uncover rows and rows of retail spaces and mazes of market stalls. We’re telling you– shopping in Barcelona will be a feast for the senses.

Don’t forget to bring reusable bags and a huge appetite as we walk through the best shopping spots in Barcelona, Spain. Plaça de Sant Josep Oriol is Barcelona’s answer to Paris’ Place du Tertre but on a smaller, more bohemian scale. This is one of the best places in Bacerlona to find artworks from local painters. Stop by on a Saturday or Sunday just in time for the Mostra d'Art Pintors del Pi, an art show that takes place every weekend. Source: Photo by Flickr user Oh-Barcelona.com used under CC BY 2.0

Billed as one of the largest shopping centers in the Catalan region, it’s safe to assume that you’ll find just about everything in Diagonal Mar. The mall houses international retailers like Adidas, H&M, and Bershka as well as local fashion, health, and specialty chains. Diagonal Mar also has a state-of-the-art cinema and a plethora of dining options in case you’re famished after a shopping marathon. Barcelona’s El Born area is trendy and always buzzing with activity. Locals would argue it’s one of the liveliest neighborhoods in the city and one of the best places to do some retail therapy. What awaits you in El Born’s shopping scene is a great collection of shops that feature works from independent Barcelona designers and local artisans.

While you’re in the El Born area, don’t forget to drop by the Mercat de Sant Caterina. This vibrant section teems with local vendors selling some of the freshest local produce and the finest Spanish delicacies in Barcelona. Watch out for glasses of their famed arbequina olives and the big hunks of jamón Iberico.

Address: Between Ciutadella Park and the Gothic Quarter, Barcelona Stretching to a total length of 11 kilometers (6.83 miles), Avinguda Diagonal is, without a doubt, one of Barcelona’s main arteries. It cuts through some of Barcelona’s trendiest neighborhoods, making this a great starting point for your shopping extravaganza in the city. From Avinguda Diagonal, you can access the Eixample District (known for modernist buildings and high-end shops) and Barcelona’s old town, among others.

Vila de Gràcia isn’t as popular among tourists, so the neighborhood isn’t as crowded and busy. That said, it offers quality shopping. There are no big international chains in Vila de Gràcia, only independent boutiques, organic groceries, locally owned bookstores, and bulk stores selling everything from granola to spices. Vila de Gràcia is also home to Mercat de l’Abaceria, an indoor food market where you can source local produce.

Portal de l'Àngel bears the reputation for being the busiest pedestrian street in Barcelona and with good reason– it’s a shopper’s haven! Portal de l'Àngel is lined with numerous gelato shops, locally owned boutiques, specialty stores, high-street fashion, as well as retail giants like Zara. Be prepared if you’re going on a Sunday when the crowds swell for a Portal de l'Àngel offering: traditional Catalan dancing and other street performances.

Mercat de Sant Antoni’s art nouveau architecture stands out in a sea of Catalan Modernism, but it’s what inside that counts: great shopping in all aspects. You can find everything here, from food to second-hand books and rare stamps for the avid collector. It’s a labyrinth of stalls inside and the crowd is very local as Mercat de Sant Antoni is not popular among tourists (at least not yet). If you’re a bibliophile, visit Mercat de Sant Antoni on a Sunday to browse titles from one of the largest open-air book markets in Europe. A part of Barcelona’s Old City, El Raval’s narrow streets are full of history as well as a melange of shopping, dining, and multi-cultural flair. Over the years, El Raval has undergone a renaissance that resulted to new crop of art galleries, cafes, and design studios scattered all over the neighborhood. Although some locals argue that El Raval is now gentrified, even they can’t deny that El Raval is now one of the places to explore if you’re looking for contemporary art and design, books, and clothes by homegrown designers.

It’s hard to miss Mercat La Boqueria (known simply as La Boqueria among locals and tourists alike). After all, it’s probably the most famous food market in Barcelona. And just in case you haven’t caught on, shopping for food is one of the absolute must-dos in the city. La Boqueria might as well be called Barcelona’s center of food with the sheer amount of local and international produce and extensive array of Spanish delicacies on display.

Are you ready for an unforgettable shopping experience? 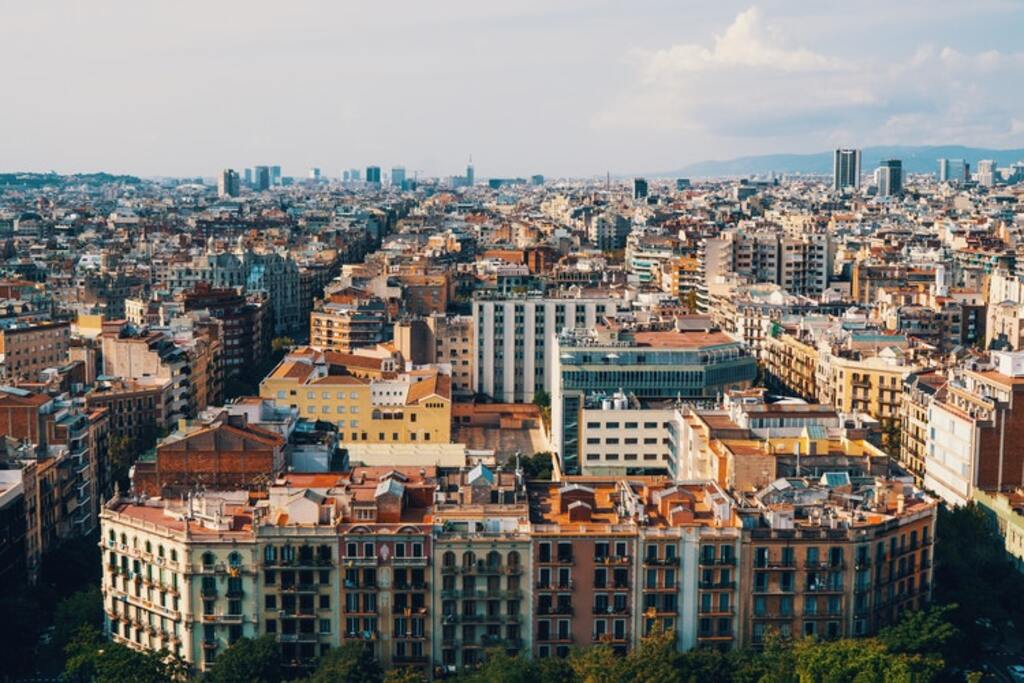