The Undiscovered Island: 3 Things You Must Do On Tablas Island

Tablas Island is one of the three main islands in Romblon, together with Romblon Town and Sibuyan Island.The Island is still relatively unknown to tourists, both foreigners and locals, and there are no tourist destinations on the island being publicized yet. However, there are still things you can do on Tablas Island. No one may be talking about it, but awesome tourist spots definitely await for you there. To start you off, being near the water - and on an island - of course, the three things listed below all involve water. Three things that will take you a little bit closer to nature, and give you a little treat for the eyes, courtesy of nature.

1. Feed the fish at Looc Bay Marine Refuge and Sanctuary

The town of Looc, a coastal town found in Tablas Island, has a 48-hectare (118 acre) wide marine sanctuary located in the middle of Looc Bay. The Looc Bay Marine Refuge and Sanctuary opened back in 1999 and ever since then, has functioned as a refuge to a number of marine species found in the waters of Looc Bay. These species include fish, clams, corals, turtles, and lobsters and the marine sanctuary is also home to four species of Giant Clams. The activities they offer are snorkeling, fish feeding, and swimming. The marine sanctuary does not only protect the marine wildlife, but they also aim to educate the visitors about marine life and its importance to the environment. From the town, a boat will take you to a floating kiosk - which will be your home base. From there, you can do your swimming or snorkeling and for those who choose not to swim, there is a hole in the middle of the kiosk where you can feed the fish. The whole experience lasts for two hours.

Another thing to take note of is a lighthouse, which is said to have been around since World War II, located near the floating kiosk. While people are not allowed to go into it, in efforts of preserving the lighthouse, it does create a pretty picture next to the sea.

Being an island, of course, there are going to be beaches everywhere in Tablas. Aglicay Beach is located on the East coast of the island, in the town of Alcantara. This is one of the first resorts in Romblon and it is also the closest to the airport. Since the whole beach is only owned by one owner, the beach has a private atmosphere. Other than swimming, you can also snorkel in its waters since there are coral reefs nearby, and there is also a hiking trail nearby if ever the guests feel the need to take a walk. Aglicay Beach is quite far from the highway, which is why renting a vehicle is necessary.

Another beach in Tablas is the Binucot Beach. Binucot Beach is located in another town on Tablas Island - the town of Ferrol. Unlike in Aglicay Beach, there are different resorts near Binucot Beach, and while you can also swim in its waters, it is a much better location for snorkeling and diving. Another feature of the Binucot Beach is the pawikan hatchery found nearby, where maybe you could chance upon the locals releasing these baby turtles to the sea. Of course, one of the things the beach is famous for is that it is a perfect place to see the sunset, so you should also watch out for that!

Why not explore other places in Romblon as well? Deo’s Islands Adventures Tours'n'Travels offers the Calatrava Cove Island Hopping Tour, which takes you to three places: Paksi Cove, Tinagong Dagat, and Lapus-Lapus.

Paksi Cove, or Calatrava Coves, has white sand beaches, limestone rock formations, and a thick forest where different species of birds live. It is such a unique destination, with the limestone rock formation keeping the white sand beach found inside a secret. Meanwhile, Tinagong Dagat is located at the northernmost tip of Tablas Island. Tinagong Dagat, or “Hidden Sea” is actually a salt lake hidden in the shadows of Mt. Payapao, a mountain in Romblon. There is another, smaller lake, hidden within the trees that is connected with Tinagong Dagat and both of these lakes are actually connected to the sea through an underground channel. Due to a superstition believed by the locals, no one swims in these lakes and people go there just for the scenery. If you do want to swim, the Lapus-Lapus is actually located nearby Tinagong Dagat. Lapus-Lapus is a secluded white beach, which can only be accessed by a boat. The way to Lapus-Lapus is actually quite scenic since you have to pass through mountains and remote fishing villages. Lapus-Lapus is another beach that hides behind the cliffs of Calatrava.

Get wet and have fun!

Being on an island, you have to make the most out of your interaction with water, especially if you’re visiting an archipelago like the Philippines. The Philippines is known for its beaches and beautiful landscapes, but each place in the Philippines is a different experience from another. Tablas Island is a place that is still yet to be discovered or publicized, but it is also a part of Tablas Island’s charm. It remains untouched by other people, which is why visitors can get their experience of the island as naturally as possible. 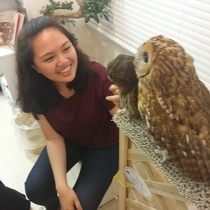