Top 8 Things Bareilly Is Famous For

Located some 252 km (157 mi) northwest of Lucknow, the city of Bareilly is a large metropolis in the state of Uttar Pradesh in India. Bareilly is said to be the birthplace of Draupadi, a key figure in the Indian epic Mahabharata. Today, it has flourished into a beautiful cultural city where you can find many Hindu temples filled with Shiva statues. So it’s no surprise why it is frequently called Nath City due to the number of Shiva temples in the region. Another well-known word associated with Bareilly is “baans” which means bamboo. Bareilly is known to be the epicenter of manufacturing high-end bamboo and wooden furniture. There are many other things that this UP city is known for. Check out our list of the top eight things Bareilly is famous for.

India is known to be a country rich in culture and traditions, and the city of Bareilly is one of the best places to witness the enthusiasm of locals celebrating various festivals. For instance, during Sankranthi (a Hindu festival) many locals in Bareilly enjoy participating in the kite-flying competition. One of the reasons to continue with this tradition is the fact that families get to spend some quality time together. So if you happen to visit Bareilly during the festive seasons, be ready to see colorful kites soaring in the sky. Though Indians are generally known for their craftsmanship, each state and city has its own expertise. In Bareilly, visitors will more likely find intricate embroidery on traditional dresses. Cutdana moti is a type of embroidery used in embellishing clothes with beads and sequins. These are normally sewn into the fabric to form various shapes including circles, triangles, or squares. In Nath City, it’s typical to find the katsana moti on dresses or sarees.

Surma or kohl is a traditional eye cosmetics used in various parts of the world including the Middle East, North Africa, and India. It is used mainly by women, but children and men also apply this cosmetic product for its cultural significance and “therapeutic” properties. Traditionally, Indian mothers apply kohl around the infants’ eyes soon after birth to strengthen their vision. The application of surma is believed to be very beneficial due to its cooling effect. Haj pilgrims choose to purchase surma from Bareilly for its quality, thanks to the locals’ traditional way of preparing it. Surma is produced from galena which is the natural mineral form of lead. Source: Photo by Flickr user goblinbox_(queen_... used under CC BY 2.0

Tourists visiting Bareilly will find various Hindu temples specially dedicated to Shiva, which is why it is easy to understand why the city is called Nath Nagri. There are special temples dedicated to the Hindu deity, and they are located on the city’s four corners. One of the temples is the Alakhnath Temple where you will find a myriad of the Hindu pantheon, including the towering Hanuman statue. Nearby the temple, there are lodges of hermits and “sacred” animals like cows.

Another style of embroidery is the zari zardozi that has been around since the 16th century in India. Zardozi is a Persian word that can be divided into two: zar which means “gold” and “dozi” which means “embroidery.” Back in the medieval period, artisans in India would use the technique of zardozi to decorate different types of refined clothes for people from the high strata of society. The artisans would use metallic thread with real gold and silver thread to decorate fabrics such as silk or velvet fabric. Metal ingots were melted and hammered in order to reduce them into thin wires which would be used as threads. Today, skilled tailors use the cheaper version of the thread which is coated with golden color.

The 15th-century Trivati Nath Temple is one of the much-sought-after Hindu temples in Bareilly dedicated to Lord Shiva and his consort Shakti. It is one of the four Shiva temples that can be found in the city. Legend has it that a religious shepherd saw Lord Shiva in his dream, where the lord was standing under a banyan tree around Panchal area. When he woke up the next day, he stumbled upon a Shiva Lingam near the roots of the same banyan tree that appeared in his dream. Since then, this site has considered special for Shiva devotees. Bareilly is one of the Indian cities filled with skillful laborers especially in designing clothes using traditional techniques. Similar to zardozi, karchobi is another embroidery technique used on cotton padding. It is purely hand-stitched using a particulate needle that resembles a crochet hook. It is indeed a painstaking job and demands lots of time and creativity. You will normally find karchobi designs on bridal and formal costumes as well as on tent hangings and curtains. There is a reason why Bareilly is associated with baans (bamboo), and that’s because this city is well-known for manufacturing high-end bamboo and wooden furniture. Visitors would likely find an eclectic range of shops selling cane furniture styled in contemporary designs. They normally add a very unique touch to either a living room or bedroom. Sometimes bespoke furniture is also available.

Famous things to discover in Bareilly

One of the top cultural cities in India is Bareilly. From its kite-flying experience to fine embroidery techniques, you will never run out of things to discover in this beautiful city. 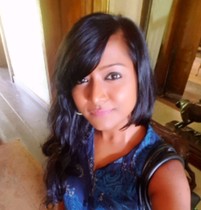 Explore Bareilly
Good things are meant to be shared!