9 Awesome Things To Do In Berlin, Germany At Night

The nightlife of Berlin is famous. It’s a city known for its extensive variety of clubs and bars. But what if you’re just not in the mood to dance (or drink) the night away? Read on and find out about the top 9 things to do in Berlin at night. The East Side Gallery is a 1.3 km (.8 mile) section of the Berlin wall, on Mühlenstraße, in Friedrichshain-Kreuzberg. It was painted in 1990 and consists of 105 paintings, created by artists from all over the world and serves as an international memorial for freedom. The East Side Gallery area is beautiful, around sunset. But if you aren’t able to make it until after sunset, it’s not too bad then, either. At these times, it’s significantly less crowded than during the day, so you’ll have the murals all to yourself. There are streetlights along this area, so you can still see the artwork, though it may not be quite as clear as during the day.

The Reichstag is home to Germany’s parliament, the Bundestag. You can visit this site during the day or night, or come back to see it at both times! Entrance is free, but you are required to plan ahead. Visitors must make a reservation online, for a specific date and time. If you haven’t booked ahead, it is possible to register at the service center, near the Reichstag building, on the south side of Scheidemannstraße. If free places are still available, you will receive a booking confirmation BUT you must do this at least two hours before the time of your visit. There is also a rooftop restaurant, east of the dome, open until midnight.

The history of the Reichstag building is one that reflects great turbulence. Originally completed in 1894, after 10 years of construction, Kaiser Wilhelm II declared it the “Reich’s monkey house” and prevented the dedication “to the German people”, from being inscribed. It was later added, in 1916. In 1918, Philipp Scheidemann proclaimed the creation of a republic from the balcony and in 1933, the Reichstag mysteriously caught on fire, destroying both the dome and the chamber, serving as an alleged reason for the Nazi regime to persecute political opponents.

After being destroyed in the war, the building was rebuilt without a dome in the 1960s. It was only after German reunification that the building was fully restored and redesigned as a modern Parliament building. The German Bundestag has been convening there, since 1999. The glass dome cupola gives an impressive view of the city, especially at night. The TV Tower, also known as Fernsehturm de Berlin, is one thing you definitely won’t miss on your visit to the city. Standing at 368 meters (1207 feet), it is the tallest structure in Germany. It was originally intended as a symbol of communist power and remains as a symbol of Berlin, today. The visitor platform stands at a height of 203 meters (666 feet) and on a clear day, one can see as far as 207 meters (679 feet).

To get to the platform you have the option of climbing the 986 steps or taking a shuttle lift to the sphere of the tower in just 40 seconds. The restaurant within the TV tower, called the Telecafe, sits just above the visitor platform at 207 meters (679 feet) and rotates every 30 minutes. Tickets to the visitor platform are available at the ticket desk or at the tickets machines, at the tower. You can also buy tickets online and avoid waiting in line at the tower.

Price: Adults from about 13 USD, Children from about 8.50 USD, free entry for children under 4 Source: Photo by user Steve Collis used under CC BY 2.0

Stroll through the Brandenburg Gate, at night and you’ll be rewarded with sparkling lights and no crowds. Reflect on the history of this great gate as you snap some photos and marvel at its significance.

The Brandenburg Gate has been a site of many major historical events. Today it is considered a symbol of European unity and peace. It was originally built in the late 1700s, as a representation of peace, commissioned by Frederick William II. At that time it was known as the Peace Gate. The twelve columns form five passageways, of which citizens were originally only permitted to use the outer two, on each side. On the top sits the Quadriga, a chariot holding the goddess of peace, drawn by four horses.

When Napoleon defeated the city in 1806, he made a triumphal entry through the Brandenburg Gate and then took its Quadriga back to France. Berlin reclaimed it in 1814, turning their gate and the goddess atop it into a triumphant arch as they decorated her lance with an iron cross and an eagle. The Nazis then used the gate as a party symbol when they ascended to power. At the end of WWII the gate was still standing, though badly damaged. In 1989 when the wall came down, the gate again symbolized freedom and the unification of Berlin. Unter den Linden is a beautiful stroll, by day or night, but there’s something magical about walking down this grand boulevard at night, with all the main sights lit up with twinkling lights in the peaceful evening hours. You’ll pass by Humboldt University, the Berlin State Opera, Museum Island and the Berlin Cathedral, among other significant landmarks.

6. Long Night of the Museums Twice a year, in winter and summer, many of Berlin’s museums are open until midnight, or later. This is known as the Long Night of the Museums. During this time many of the museums hold special programs, events and performances, until the early morning hours. A ticket is required to gain entry into all participating museums and will cost about 13 USD. It includes use of the shuttle buses that connect the museums. The program is not fully available until a month or so before the actual event but the website (only in German) can be referenced for ongoing details.

7. Grab a German Ale and gaze at the light show at Potsdamer Platz When in Berlin, exploring the night scene is always a treat. Something new always comes up to see and be apart of. Check out the Potsdamer Platz and grab a German beer at some of its finest bars and dining establishments. Some of these include Caro’s Music and Drinks, Posh Bar, and Vox Bar for those who wish to just chill and have late-night conversations with a couple of travel pals. Travelers are also welcome to see local entertainment open to the public like the Festival of Lights, the Berlinale, and the Casino Berlin for a more scenic and interesting night out. Spend a few nights exploring the lovely area of Potsdamer Platz and make the most out of your Berlin trip in Germany. When in this gorgeous city, try seeing Berlin and book a walking tour and see the Oberbaum Bridge. See this from a local tour guide’s perspective and learn the history behind this iconic German structure that has been around since the 1800s and dubbed as a “symbol of reunification”. It is known for crossing the River Spree connecting several neighborhoods like Kreuzberg and Friedrichshain in the Berlin proper. The iconic bridge also showcases interesting architectural feats like medieval turrets and arches. The Oberbaum Bridge still stands as one of the most celebrated feats of the city covered with great street art and graffiti today, which was featured in several films like “Run Lola Run” and “The Bourne Supremacy.” The night scene in Berlin continues to be an up and coming landscape for speakeasy bars and hidden gems.There’s much to see at the bustling city at night like Kreuzberg’s Tante Lisbeth which is a cozy and retro-inspired bar designed with vintage touches and kitsch decor that makes the place a go-to for weekend plans. Aside from delicious drinks and great music, this bar actually has a 1960s inspired bowling alley below the bar. This is a great place that can hold up to 20 persons, best for small celebrations among friends or colleagues that just want to have a great night out. Check out this hotspot for young people and have a few drinks, bowl a few pins to end your great Germany trip with a bang.

Berlin is beautiful at night and there is something uniquely special about visiting its major sites, at night. So when you’re planning your trip to Berlin, make sure these things make it on your list! 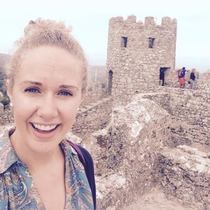