Almost everyone’s bucket list includes visiting or living in New York. It is the city that never sleeps, which is the truth, for you won’t run out of things to do here come daylight or night time. It is one of the world’s major commercial, financial, and cultural centers. If you love the city’s beautiful attractions and outdoor scenes, then you should also see the numerous museums they have here. It is rich with exquisite works of art, one of a kind collections, and exhibits that feature science, history, and more. In case you’re wondering where to start, we have compiled a list of the top 10 museums in New York. Check them out, below.

1. Visit the Metropolitan Museum of Art (from USD 199) If you have been to the Metropolitan Museum of Art in New York, you’ll know that it rarely has a small crowd. So if you’re up for a VIP tour of the museum, then you have to avail of the EmptyMet tour voucher. You’ll be the first to go inside the MET before it opens to the public. A guide from the museum will walk you through 5000 years of human history, giving you facts and information about the exhibits. Artworks here include the works of Antonio Canova and Vincent van Gogh. Another good thing about this tour is you can take pictures without people photobombing your shots.

VIP: NYC EmptyMet Tour at The Metropolitan Museum of Art

171 reviews
Oops, this activity is currently unavailable. Check out these alternative activities in the same location. One cannot go to New York without visiting the iconic Empire State Building. Just stepping into its lobby is already an experience for it has stunning Art Deco ceiling murals. But, the highlight of the tour is the 86th floor of the building, which is the highest open-air observatory in New York. From up there, you will have a 360-degree view of the city. You’ll see Central Park, the Hudson River, the Brooklyn Bridge, the Times Square, the Statue of Liberty, and a lot more. Apart from the observation deck, you’ll also have access to the Dare to Dream exhibit and the Sustainability exhibit. Who wouldn’t forget of the 9/11 terrorist attack on the World Trade Center in 2001? If you want to know more about what happened that day, then you should get this 9/11 Memorial Museum admission ticket. Here, you’ll see artifacts, read stories about the morning of September 11, and hear stories of bravery from Ground Zero. You’ll also see multimedia displays and exhibits that honor the nearly 3000 people who lost their lives during the attack.

things to do indoors in nyc | mornings at moma This activity is a one-hour tour in the Museum of Modern Art in New York before it opens to the general public. A museum guide will be narrating facts and information about the works, the art, and the exhibit, for an hour. The tour is exclusive to 25 members, for a more intimate and personal observation of the galleries. Also, you’ll have a same-day ticket to MoMA, which includes the viewing of the special exhibits, film screenings, and gallery lectures. A few of the perks that you get to have when you take this tour include skipping the lines and taking photos without the crowd.

5. See the American Museum of Natural History (from USD 23) If you’re traveling with your family, they’ll love the American Museum of Natural History, for there are 46 permanent exhibits. This museum is one of the largest museums in the world and is also the number one family attraction in New York. When you book this tour, you will be able to view all the exhibits that include the Rose Center for Earth and Space. The admission also has super-saver upgrade features which let you observe the Hayden Planetarium, watch movies in 2D/3D, and see other special exhibits happening that day.

6. Play pretend at Madame Tussauds in New York (from USD 34) Madame Tussauds in New York is one of the best of its franchise for the number of wax figures, feature rooms, and galleries available here. They have over 200 wax figures of famous people that include Hollywood stars, superheroes, great thinkers, politicians, and more. You can also choose from three different ticket options, which correspond to the number of features you can access. One of the newest attractions is the Ghostbusters dimension, a hyper-reality experience based on the movie. Another good thing about this museum is its location. It is in Times Square which is another top tourist destination in New York.

7. Be fascinated at Solomon R. Guggenheim Museum (from USD 25) 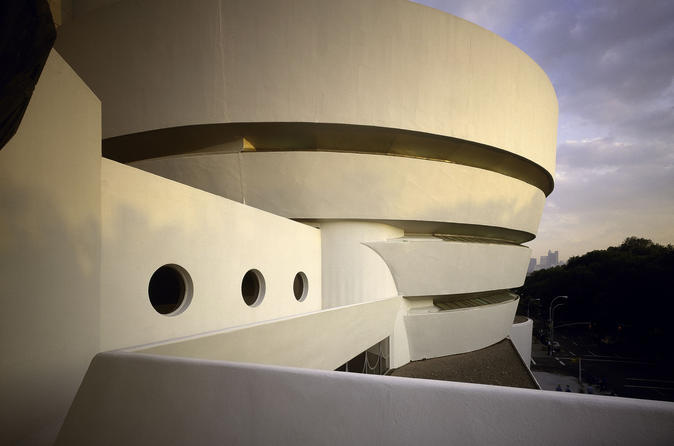 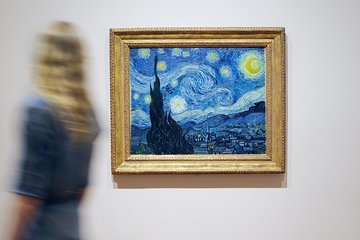 The Solomon R. Guggenheim Museum houses the world’s finest collections of modern and contemporary art. The stunning building is by Frank Lloyd Wright, who is known for his organic architecture. The artwork displayed are from well-known artists from the 19th century up to present. Also, you’ll learn about the exquisite architecture of the building. There are two ways to explore the museum; by a guided tour every two in the afternoon and by a multimedia guide.

8. View exhibits at Whitney Museum of American Art (from USD 25)

The Whitney Museum of American Art focuses on collecting, preserving, and exhibiting the work of American artists. The museum collections are mostly by living and celebrated artists of the 20th century. You will also see here works of notable abstract expressionist painters like Rothko and Pollock. One of the permanent collections that you should view here is the Biennial, which is a survey of the most recent advancement in American art. Moreover, the open-air deck of the museum gives the best view of the city skyline and the Hudson River.

9. Have a wonderful day at Ground Zero Museum (from USD 23) In honor of the 9/11 bombing of the Twin Towers in New York comes the Ground Zero Museum Workshop. Here, you’ll see artifacts, exhibits, and images of what happened on that tragic morning. You’ll also hear about heroic accounts through a headphone equipped with boss surround sound. The audio stories will feel more real due to the Ground Zero sound effects. Additionally, you will have a chance to watch a video of the terrorist attack, which will make you value your life even more. Ground Zero Museum is the first-ever museum of its kind, so make sure to visit while you’re in New York.

If you are a fan of the unusual, the extraordinary, and the odd, then Ripley’s Believe It or Not Museum is the one for you. It is bizarre just like the things you’ll see here, including an albino giraffe, the world’s largest collection of shrunken heads, the 19th-century vampire killing kit, the World Trade Center made of matchsticks, and more. You’ll surely enjoy the museum for you won’t only observe the exhibits, but you’ll also interact with them. Some of the interactive exhibits here include an incredible vortex that warps time and space and a memory room that projects visitor’s movement into different colors. Additionally, don’t forget to visit the novelty store and buy the museum’s merchandise.

Skip the Line: Ripley's Believe It or Not! Times Square Ticket

43 reviews
Oops, this activity is currently unavailable. Check out these alternative activities in the same location.

New York is one diverse city that seems to never tire of accommodating more and more people. It is the most populated city in the United States. Apart from famous attractions that include Central Park, Broadway, and Times Square, you shouldn’t also miss going to the wide selection of museums they have here. For more information, check out our list of the top 10 museums in New York.

I am a book-loving travel-junkie who tries to write for a living. My goal is to explore the world, get to know as many people as I can, and inspire others to do the same, for the world is brighter...Read more
Have a question? Ask fellow travellers and travel experts here.
Want to contribute as a Local Expert?
Register Here
Hotels
Lowest Price Guarantee