10 Best Things To Do In Munich, Germany

Construction began on Nymphenburg Palace in 1664. A baroque palace, it has been a favorite summer home for the rulers of Bavaria. In fact, it is still a residence for the house of Wittelsbach, though it is very much a tourist destination and open to the public.

Visitors to Nymphenburg Palace, or Palace of the Nymph, can tour the room, the garden, and view various exhibitions. This includes the room where King Ludwig II of Bavaria was born, the Gallery of Beauties, which features portraits commissioned by King Ludwig I, and the former royal stables.

To fully experience the garden, plan to spend the better part of the day here. With so many rooms and galleries, you don’t want to feel rushed. Don’t skip the garden. It’s stunning, and an excellent place to stroll and unwind after seeing all the splendor indoors. Speaking of gardens, you’ll definitely want to plan a trip to the English Garden while in Munich. It’s a large public park in the centre of the city, and offers plenty to do. There are plenty of paths to walk, jog, and cycle on, and meadows of grass on which you can sunbathe and relax.

There’s a lake at the centre of the park, and you can whet your whistle at one of the park’s four beer gardens. There’s even a Japanese tea house, originally built for the 1972 Olympics. Once a month, traditional tea ceremonies take place. There’s even a place to surf! Yes, you read that right: you can catch a wave in the English Garden. The Eisbach is a man made river that runs through the park, with a surfing spot. You’ll catch locals surfing and tourists watching on.

The park is the perfect spot for a bit of relaxing during your trip. Take a paddle boat on the lake, walk through the wooded trails, or sun bathe on the grassy meadow.

The Pinakothek Der Moderne is Germany’s largest museum of modern art. The museum features art, architecture, and design of the 20th and 21st centuries.

In the State Gallery of Modern Art, you’ll find work by big names like Picasso, Andy Warhol, and Joseph Beuys. In the New Collection, you’ll find designs from the industrial revolution to today. This includes items like Eames chairs, early Apple computers, and furniture from the 1960s. In the State Graphics Collection, you find art on paper, including prints by the likes of Leonardo da Vinci and Paul Cézanne. Last but not least, the Architecture Museum has drawings and blueprints by architectures, including Le Corbusier.

If you’re an art lover, this is an excellent way to spend some time in Munich. There are two other Pinakothek museums, all within walking distance, and you can get a ticket which allows you to visit all of them. Oktoberfest is perhaps what Munich is most well known for. The world’s largest beer festival, Oktoberfest is held annually from mid to late September to early October. It’s been held since the Middle Ages, and attracts more than six million people each year.

Multi-floored tents are hosts to numerous long tables, where festival goers sip down more than 6.5 million liters each year. The Brewer’s Parade starts things off, traveling through the city centre to the festival meadow. The Lord Mayor opens the virgin barrel, starting off the festivities.

There’s a drinking competition, carnival rides, and there are even family days on Tuesdays. If you’re in Munich during the festival, stopping by for a liter of beer and a pretzel is a must! Marienplatz is Munich’s main square. Shopping, restaurants, and historic buildings line the square, making it an excellent spot to stop. Visitors love seeing the Glockenspiel, a clock tower with motorized figures. A few times a day, the figures dance and twirl around, putting on a 12 minute performance, which ends with a visit from a chirping cuckoo bird.

You can also visit the New Town Hall, a gothic office building which houses the city council and mayor’s office. There’s also the Old Town Hall, built in the late 1400s with an accessible tower offering stunning views of the city. The Marienplatz buzzes with activity, so head to the square, watch the glockenspiel chime, and wander the area. Constructed in 1972, Olympiapark was built for the Summer Olympics held in Munich that year. Today, it draws people in for concerts, festivals, and sporting events. The swimming hall and ice skating rink are open to the public.

The Olympiaturm is a tower on site where you can see the city with the Alps in the background. Head to the Info-Pavilion when you first enter for information about the complex, maps, and an MP3 player which plays a guided tour. Hofbrauhaus is a three story beer hall which dates back to the 16th-century. Many types of beer are brewed here, using recipes handed down by Wilhelm V, the Duke of Bavaria and founder of the Hofbrauhaus.

It’s a popular location for events, putting on 500 musical acts per year. You can eat typical German beer hall food, including sausages and pretzels. It’s a loud and busy place, so prepare to mingle with locals and tourists alike. Hofbrauhaus is one of Munich’s must-see places, so be sure to stop in for a beer and a pretzel, and be quick to nab one of the 3,500 seats. Linderhof Palace is Ludwig II’s small, but extremely lavish palace. Finished in 1878, it was inspired by Versailles, and was the only palace Ludwig II lived to see the completion of.

Located near a hillside, gardens and fountains surround it. Inside you’ll find ornate rooms, including a 108-candle chandelier in the private bedroom. Outside the window of this room is an artificial waterfall, intended to cool the room in the warmer months. Guided tours of the palace last about a half hour.

The palace is 96 km (60 miles) from Munich. If you’re driving, it will take about an hour and 15 minutes. Alternatively, you can take the train or go on a coach tour.

Last but not least on our list is Munich’s BMW Museum. The museum shares insight into its production process, tells BMW’s history and puts on various exhibitions. Guided tours are available.

Both new and old cars are on display, and car lovers will enjoy this chance to explore the history of the company. It’s a good spot to spend a couple of hours, and there’s even a cafe to relax in with a cup of coffee. Asam Church, or St. Johann Nepomuk, was built in the 1700s by brothers. The brothers, one a painter and one a sculptor, built this Baroque beauty as their own private church.

The space is covered in ornate decor. Gold cherubs, mosaics, columns, sculptures and frescoes—plenty to feast your eyes on! It’s a short walk from Marienplatz, so plan to stop by and take in the opulence.

From beers to BMWs and palaces to parks, Munich has loads to keep you entertained. Plenty of sites will keep you on your feet, whether you want to explore an art museum or tour a historic palace. But there’s plenty of ways to relax as well: sunbathe in a park or enjoy a brew at a beer hall. Use our guide to plan your perfect Munich holiday today! 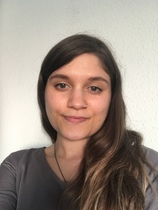