The lost city of Pompeii is an archaeological gem of Italy’s Campania region. This elegant Roman City was once a thriving kingdom, buried in the deep history of the 79 AD catastrophic eruption of Mount Vesuvius. Pompeii is located near the Bay of Naples, which a well-preserved site featuring ancient ruins worth exploring.

This Roman town has a lot to offer from its historic landmarks, traditional homes, museums, and theaters to Roman baths, shops, and plenty of graffiti wall art to admire. Start your trip with the Villa of the Mysteries, and end it with admiring the amazing frescoes of the Roman era. Here’s a list of the 9 best things to in Pompeii, Italy.

1. Visit Villa of the Mysteries Villa Dei Misteri or The Villa of the Mysteries is a well-preserved rural Roman estate on the edges of Pompeii. This manor was buried in the emission of Mount Vesuvius and unearthed 1909 onwards. In addition, this villa is popular for its first-century frescos in one room, which demonstrates a young lady portraying a Greco-Roman secret religion.

These frescoes are presently the best known and most uncommon survivals of Ancient Roman painting. The villa is currently a prevalent piece of tourist visits and is a part of the UNESCO World Heritage Site at Pompeii. It is named after one of the paintings in the residence.

Villa of the Mysteries

2. Sanctuary of the Madonna of the Rosary The Pontifical Shrine of the Blessed Virgin of the Rosary is a Roman Catholic house of prayer situated in Pompei, Italy. This Roman Catholic church is like other southern Italian Churches with its rich frescoes, amazing fine art, and incredible engineering. This tranquil site is mostly frequented by locals who come here to pray. In the event that you are here on a Saturday, you will get the opportunity to observe the cathedral in all its eminence. Every Saturday, Catholics from all across Italy come here to honor Madonna.

Sanctuary of the Madonna of the Rosary

Website: Sanctuary of the Madonna of the Rosary (in Italian)

When in Pompeii, you must take a trip to one of the best vineyards and wineries in the Neapolitan area. Your guide will meet you at the Pompeii Ruins Circumvesuviana station and take you to a neighborhood winery, situated on the stunning slants of Mount Vesuvius. Thereafter, Maria Paola and her family (the proprietors) will welcome you with a welcome drink.

This tour allows you to explore different varieties of grapes in a 100-year-old vineyard alongside spectacular views of the Gulf. The activities are followed by a four-course lunch with coordinated wines. You will return to Pompeii Scavi Station post lunch. The Spas of the Forum, are a Roman spa complex covered in the emission of Mount Vesuvius and discovered after the archaeological unearthing of old Pompeii. The Spas of the Forum were constructed in the 1st-century BC after Pompeii was taken over by the Romans in 80 BC. Thereafter, the spas were re-established in Giulio-Claudia age after the earthquake in 62 AD. These spas remained the prime dynamic of the city and were revealed in the unearthing by Bourbon pilgrims in 1823. Source: Photo by Flickr user University of Roc... used under CC BY 2.0

While there are a few showers all through Pompeii, this vast territory is incredibly very much well preserved. Stabian Baths feature a control center separating men’s and women’s showers, along with direct cool showers, gym, expansive pool, and dressing zone. In addition, Stabian Baths were discovered during the Pompei excavations. Visit this site to observe great frescoes, incredible engineering, and unbelievable methodologies to mix hot and cold water. The Grand Theater of Brescia is the primary musical drama house of Brescia in Pompeii. Its name has been derived from the past denomination of Napoleon Bonaparte. The first open performance was showcased in Teatro Grande in the 16th century based on the Republic of Venice at the Accademia Degli Erranti, where it introduced its headquarters. This foundation united the urban honourability, as far as equitation, fencing, science, profound quality and dance were concerned. This performance center of 1664 was remodeled in 1739 by Carlo Manfredi who added two minor sections to the entryway.

7. Ancient Roman food and wine tasting in Pompeii, including banquet meal (from USD 92.0) The archaeological unearthing of Pompeii has re-established the remaining parts of the ancient city of Pompeii, at the hill of Civita. Scavi di Pompei was covered underneath a colander of ash and lapilli during the eruption of Mount Vesuvius of 79, together with Ercolano, Stabia, and Oplotes. This site of Pompeii surpassed three million visitors in 2016, after the Pantheon and the archaeological circuit of the Colosseum, the Roman Forum, and the Palatine. The Temple of Apollo is a Roman temple that represents the Greek and Roman god Apollo in the antiquated Roman town of Pompeii. Confronting the northern side of the town, this temple is the town’s most imperative religious building and has an extremely antiquated state of origin. The faction of Apollo, imported from Greece, was exceptionally across the board in Campania and is verified in Pompeii since the sixth century BC. For an entertaining and informative tour around the buried city, don’t miss this highly rated and bestseller tour by Take Walks. With so much history in this place, it could take you days to wander around the ruins and still will not be able to cover significant stories and artifacts. With this well-curated tour, aside from being able to skip the long entrance lines, your expert guide will also take you from the more popular sites as the Roman Forum, ancient fast-food restaurants, temples, and more famous plaster death casts of people killed in the eruption. This tour is perfect for history buffs and those who are simply interested in learning about this tragedy.

The Best of Pompeii Tour: Unveiling the Buried City

Pompeii features the best of Italy

From opulent antiquated history, Romain remains, exquisite baths, incredible cathedrals, and marvelous engineering to extraordinary culinary options; Pompeii offers it all. The city of Pompeii is an ideal place to visit if you want to experience Italy the way Julius Caesar did. 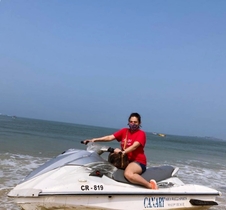