10 years ago, it would have been difficult to find a good vegan restaurant because veganism is a special diet that not many can adapt to. But times are different now, and people are taking better care of their health and diet and increasing their intake of vegetables. Veganism is now a lifestyle, and we see a lot of modern vegan restaurants popping up in the radar. Being vegan isn’t boring anymore, and even non-vegans are dying to try delicious-looking vegan dishes. We have found some of the best vegan restaurants in Louisville, Kentucky, so read on to find out more about the vegan food scene in this city.

This is the free meal offered at Heart & Soy for Customer Appreciation Day! Donations are appreciated to help many different charities, especially during Thanksgiving!

The founder of Roots realised that there is a lack of fancy vegetarian restaurants in Louisville. She was inspired by that idea, so she founded Roots, a restaurant that aims to educate people to be more mindful about the source of their food, and how their food choices can contribute positively to the environment. Roots is a vegetarian restaurant but they offer vegan choices as well. Their menu consists of lots of Southeast Asian fares like pho and green curry flavoured with aromatic spices - they are definitely a treat for your palate.

V-Grits, an acronym for “Vegan Girl Raised in the South”, is a partnership with False Idol Independent Brewers, a local brewery, to bring the concept of a vegan brewpub to Louisville. V-Grits was once an award-winning food truck and they now have a permanent brick-and-mortar space at Barret Avenue. They pride themselves in making delicious vegan food from scratch, including all their vegan meat and cheese - and making vegan cheese is a tedious process. Also, they want to prove that vegan food can, in fact, taste super good and flavourful. Try the cheeseburger mac - a fusion of mac and cheese and a hamburger. Using cashew cheese, vegan sausage, and topped with a tangy sauce, this burger is going to satisfy all your cravings.

Indian cuisine is famed for using an array of aromatic spices to create unique flavours in their traditional dishes. Over at Shreeji Indian Vegetarian Street Food, you will find a variety of vegetarian and vegan cuisine, mostly inspired by street food from different regions in India. You can find really traditional Indian food like fried samosas, chaat, and vada pav. Their food is very reasonably priced as well. Almost everything on the menu is less than 10 USD, and that is not expensive considering that you get to devour some quality, authentic Indian food.

Stay in the Heart of NuLu

The owner of Flora Kitchenette used to be a vegan baker at Flora Vegan Treats. She sold her delicious vegan treats at flea markets and supplied them to local cafes. One day, she decided that it would be a good idea to offer more treats and serve up some good breakfast to the neighbourhood. So, aside from the usual, delicious-looking vegan bakes, she introduced a lot of new dishes to the restaurant’s menu. Everything is vegan, but it can be made vegetarian on request. Try their wholesome and healthy breakfast items such as quinoa maple granola, pancakes, and the ever-delicious avocado toast. Every item on the menu is freshly made in their kitchen, so you can expect top-quality food.

Are you eating your vegetables? Our menu features flavorful entrées that will give you a nutritious edge! "Eating is a necessity but cooking is an art." Unknown

Get authentic Mediterranean and Ethiopian cuisines at Addis Grill. Located on Fourth Street in Louisville, Kentucky, this restaurant is for anyone and everyone because aside from the grilled kebabs, they have a special menu with vegetarian and vegan options. It isn’t just a few dishes here and there but a full menu of authentic Mediterranean and Ethiopian vegan food. Very much like Indian cuisine, they also place a lot of focus on using natural herbs and spices to enhance the flavours of their dishes. So, for all the vegans, you can expect a lot of falafels, hummus, and pita on their menu. They are so delicious that you should keep them away from your non-vegan friends if you don’t want to share!

Eat A Pita is a Mediterranean restaurant located on Bardstown Road in Louisville. Like Addis Grill, they have options suitable for everyone as well. Their menu is carefully labelled with gluten-free, vegetarian, and vegan. Aside from the usual hummus and pita, they have their own Mediterranean version of a quesadilla called the pitadilla. It is basically a pita bread baked with your choice of protein and condiments that are available in vegan options. Let’s not forget their vegan burgers that come in up to five flavours! You vegans will want for nothing because the choices here are endless.

7. Ramsi's Cafe On The World

The interior of Ramsi’s Cafe On The World is filled with a collection of art from the owner who loves travelling as much as you do. It is the same for their food menu: filled with exotic international cuisines ranging from Vietnamese, Jamaican, Japanese, and a lot more. If you are unable to make a decision about what to have for lunch or dinner, this is the best place to go. They have the usuals in vegetarian as well as vegan options, so it is a great place for anyone who just wants to experience a whole variety of exotic flavours from around the world.

Ramsi's Cafe On The World

Tandoori Fusion is an authentic Indian restaurant nestled on Chamberlain Lane in Louisville. The owner firmly believes in a farm-to-table philosophy, and that also means that some of the food that you consume in their restaurant comes straight from Veering Creek - their own farm. They would also really like to introduce the flavours of authentic Indian cuisine to Louisville. With that said, there are options for everyone. A lot of the items on their menu are vegetarian, but some of them can be made vegan upon request.

Naive is a stylish, modern restaurant located on East Washington Street in Louisville. It is a restaurant by day and a bar by night. The owners are very passionate about working with the local community, and they source most of their produce from local farmers. They want their food to be as clean as possible, and that also means that organic isn’t enough. Their food has to be GMO-free, without synthetic additives. On their menu, you can see a lot of modern dishes that cater to all diets. Vegans, you are in luck - a variety of attractive vegan options such as buffalo cauliflower and vegan grain bowl are on their menu. Yummy!

It is quite a challenge to find authentic Nigerian fares outside of Nigeria, and Funmi’s Cafe has definitely filled this niche in Louisville. Nigerian food is full of flavour. They love using a variety of herbs, spices, and different oils to create the layers and bold flavours of a cuisine that everyone is sure to love. This place has a main menu with meat options, but they also have a special menu for vegans. A look at the menu and you are going to see a lot of flavourful selections. Give their vegan stew a try - it is a tomato-based stew with a variety of vegetables, topped with grilled tofu, and served with steamed riced and fried plantains. Wholesome food at its very best.

Vegan food can be really delicious Source: Photo by user Charlie Marchant used under CC BY 2.0

This whole list of vegan restaurants proves to us that searching for vegan options actually isn’t as hard as it sounds and that it can be really affordable too. Now that a lot of restaurants are offering vegetarian and vegan options on top of their usual menu, it is a great way to introduce more greens into your meals. Aside from the positive health impacts, it also helps if you are more conscious about your food consumption because that will, in a way, help reduce your carbon footprints. 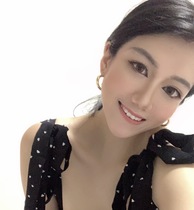 Explore Louisville
Good things are meant to be shared!