What To Buy In Frankfurt Airport, Germany

Frankfurt, Germany, is a great city since it was once the free city of Frankfurt, which was home to the German romantic poet Wolfgang von Goethe, one of the brightest minds who helped develop the German language. Also, due to its long history as a free city/republic, Frankfurt has a lot of heritage behind it, since it is the home to the St. Paul’s Church, where the first all-German parliament once met, until the Prussian King’s refusal to accept the German Imperial Crown caused it to disband. Its beautiful airport is the gateway to this fine city and Germany as a whole, so it is another site to visit in order to cap off your vacation. Here are some of the best souvenir items in Frankfurt Airport, which you can bring home to your loved ones. So what are you waiting for? Check out this list of what to buy in Frankfurt Airport, Germany.

The Homburg-Style hat originated from the Bad Homburg spa town in Hesse, which is near Frankfurt. This hat was worn by famous figures such as Winston Churchill and Konrad Adenauer, thus, it is well known for being a stylish hat. However, it was popularized by King Edward VII of the United Kingdom, who was of German descent. Due to this, and the fact that the Homburg hat came from Germany, this hat is known for being an essential part of any man’s wardrobe. Thus, it well represents Frankfurt and Hesse.

Apfelwein (Apple wine) is a specialty of the Free State of Hesse (including Frankfurt), and it is made by fermenting apple juice to convert the sugars into alcohol. Once the sugars are fermented into alcohol, the sweet taste of apple juice changes into the sour taste of apple wine. This wine is normally served in Bembel pitchers, and it can be enjoyed warm or cold. If warm, apfelwein can serve as a remedy for the common cold (or so they say), or can simply warm you during a cold day. As a result, apfelwein is a must-try drink from Frankfurt.

Frankfurt is also famous for its fine wines, all produced fresh from its own vineyards. The city government even orders these wines to be served at official receptions, and tourists can sample these wines at the local taverns of Frankfurt. However, flying home from Frankfurt does not mean leaving these wines behind, for you can purchase them at the airport to bring home to your loved ones. Just remember not to do freelance wine-tasting on the plane, or else you may end up in big trouble.

Germany is known worldwide as the birthplace of the automobile industry since the German, Karl Benz, sold his first Patent Motorwagen in the Reich. Also, Gottlieb Daimler established an automobile company which would merge with that of Benz to create Mercedes-Benz. As a result, Germany is the cradle of the motorcar. Due to this, the International Motor Show (IAA) is held in Frankfurt, where you can purchase models of famous vehicles. If you missed the IAA, then you can still procure yourself one of these amazing car models in the airport for your growing collection. Happy shopping!

Eintracht Frankfurt is Frankfurt’s very own football club, which has competed against the other German states and won several titles until the 1990s. However, despite having a title drought since the 1990s, the club is still going strong with the love of its fanbase. The Eintracht Frankfurt club has a lot of official merchandise sold, including its famous scarves. These not only keep you warm during a cold day, but they also immerse you in the football culture of Germany, which is why it is very important to bring one of these back home.

Germany is also well-known for its beers due to the breweries scattered all over the country. Frankfurt has its own breweries, which serve awesome home-brewed beer. Even though you can’t take these breweries with you, you could still take some of the famous Frankfurt beer with you home by procuring some from the airport. With several bottles of German beer, you can let your friends back home experience the adventure you had even if they were not with you!

Source: Photo by user Sir James used under CC BY 3.0

Apfelwein is normally served by pouring it from the Bembel into a ribbed glass (gerippten). The glass is ribbed, instead of smooth, to allow for an easier grip. This is because drinking alcoholic drinks would cause people to have weaker reflexes, and thus, it would be easier for the glass to break. Due to this, a ribbed glass is needed to prevent breakage, by allowing drinkers to have an easier time to literally hold their liquor. Since apfelwein is normally served in these ribbed apple-wine glasses, it is very important to leave Frankfurt with a set, to accompany your apfelwein.

Struwwelpeter, written by Frankfurt’s very own Heinrich Hoffman, is a compilation of children’s stories which are meant to show the kids what happens when they misbehave. However, the story of the Huntsman shows that the compilation is for adults too, since it is the only story without kids in it. The book is not only for parents to take home, but it is also perfect for fans of history and culture since the book shows us how people during the time of Hoffman were like. Thus, a copy of the book, in the original German (since you can find a good English version in Project Gutenberg) is a must-buy in Frankfurt Airport, so that the kids will be able to learn a lot of life lessons, and the elders can learn more about how people were during the 1800s.

Airports are not only gateways to a city or even a country, but they are a great place for last-minute shopping, due to duty-free regulations. As a result, you can buy a lot of things to bring home here. These are the must-buy items in Frankfurt Airport, so don’t idle your time away when you are too early for your flight. Instead, get yourself one of these fine items so that you can share the wonders of Frankfurt to the boys (and girls) back home! 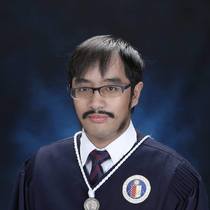 Explore Frankfurt
Good things are meant to be shared!