Moscow is well-known for its traditional Russian architecture. If you decide on a walking tour through the streets of Moscow, then you’ll find a lot of these famous structures like the Kremlin, St. Basil’s Cathedral, and the Bolshoi Theatre. All of which are near and around Red Square. You’ll also find many places to stay, including hostels and Airbnb vacation rentals. Even though the best place to visit is during the summer, if you visit during the winter you will get a chance to shop from several winter markets that open and also buy and hog on some Russian delicacies at their restaurants. Listed below are a few things that you can buy when you visit these stores. Go ahead and check out this article to learn about what to buy in Moscow, Russia. The making of Gzhel porcelain began in the early 18th century, given to the abundant availability of good clay in Moscow. Several private manufacturers of Porcelain were brought together to the Turygino village, close to Moscow, by the Soviet state. However, the industry had faced a downfall post WW II, but it was revived by sculptor and artist Natalia Bessarabova. She had made use of the limited resources available after the end of the war, which is why most of these pieces have been worked upon using the colour Cobalt (the cheapest variety). Today, nevertheless, they are available in a number of coloured varieties. But you need to make sure that you buy original Gzhel, which will either have a double-headed eagle with the word ‘Gzhel’ or an oval Gzhel logo with a stamp saying 'Handmade in Russia’. The locals in Russia indeed have a sweet tooth, and it serves you with one of the world’s best confectioneries. There is a museum in Russia called the ‘Russian Gingerbread museum’ that relates the history of Russian chocolate and cocoa. Russian chocolate is known to be stiff and slightly bitter, but if you’re not so much of a dark chocolate lover then you might also work your way with the deliciously creamy milk chocolate called Alionka(there’s a history behind the label on the wrapper of this chocolate). Other labels that you could try are 'Lux’, 'Pushkin’s Fairytale’, 'Autumn Waltz’, 'Art Passion’ and 'Korkunov’ among others.

Palekh is a village located very close to Moscow, which was renowned for icon-painting. Post the 1917 revolution, the artists discovered this village called Fedoskino where artists engaged in lacquer miniature painting. The locals from Palekh decided to borrow techniques like those of papier mache from this form of art and infuse its methods into icon-painting. The paintings are themed on several Russian fairy-tales, and typically embody graceful, elongated figures created using vibrant colors, against a black background to bring out the desired contrasting effect. Several museums and the churches in Russia put up some beautiful artwork that had been created by masters, for us to gauge. This is another form of artwork that involves paintings of fruits and flowers that give off a live-looking appeal. According to history, during the 19th century Zhostovo painters sketched in their trays whatever they wanted to paint while traveling around the world, and hence, these trays had embodied paintings of fruits, flowers, sometimes even of old churches, forts and landscapes. Some of these nowadays also carry portraits and other sketches. These paintings after having been created individually by the artists get hammered into trays at the Zhostovo manufactory. These beautiful artworks serve as both useful and decorative pieces. Caviar used to be a popular form of food for the hunters and fishermen in the far east of Russia. It gained recognition in Moscow, not before 1908. It was brought to Moscow from the Eastern regions of Russia and now has turned out to become a national delicacy, sought after by people all across the world. It has a good source of protein and is filled with vitamins, making for a nutritious diet. It is quite an expensive dish but is definitely worth the try. Red caviar or salmon caviar resembles iridescent, transparent balls that are not just good to look at but equally good to taste.

Orenburg shawls are the perfect gift that you can give to your lady love. These look very delicate when draped around the body and has been adorned by women during the winters in Russia, for the longest time. The shawls that are made of woolen lace not only looks gorgeous and appealing on a woman’s body but it also helps protect one from the cold. These stoles have usually been either white or grey in colour but nowadays they are made out of different coloured fabric.The gift will be duly appreciated as has always been since time immemorial, as a gesture of love. Matryoshka is the name given to a special type of dolls made in Russia. This artistry is said to have been borrowed by the artisans Vassiliy Zvezdoschkin and Sergey Malyutin from the Japanese ‘Fukuruma’ where several dolls fit inside another, in layers, so that the outermost doll is the largest in size and the innermost doll is the smallest. These dolls are made representing boys and girls in Russia. Matryoshkas were in demand not only throughout Russia but also throughout Paris and Leipzig and started selling like hot cake. The hidden dolls can come in different numbers, ranging between 10 and 50. These artistically designed dolls are available in varied designs and sizes. There are these toys crafted out of fine Russian clay and then designed and decorated. The figurines feature pre-Christian elements in their designs and themes, including the pagan symbols like that of the sun and the moon, luck and fertility. Even the finely designed ornaments painted on the body of these toys exude elements of a pagan nature. The toys first started being made during the mid-spring festival, in order to welcome spring and acknowledge it. These toys often embodied quite simple bearings, such as that of a man riding a bear and the like. But they have, for good reason, gained immense popularity across the world. Vodka doesn’t have to be introduced as one of the things to buy in Russia. It is a great accompaniment to caviar. You get vodka here at any food joint. A few among the best quality vodka in Russia have labels termed as ‘Putinka’, 'Gzhelka’ 'Kalashnikov’. You can taste these prepared into fine cocktails or by itself. If you want to buy them for the purpose of gifting, then you might want to go for the ones that come in souvenir bottles. They’re going to be worth all the money that you spend on them. This perfume that literally translates into English as ‘Red Moscow’ was earlier known as 'The Empress’ Bouquet’. It was created in 1913 by a French man who was a perfumer in Moscow called Henri Brocard. The perfume had been a favourite of eminent women personalities, like a movie star and a cosmonaut. It is a beautiful, strong and rich fragrance containing notes of neroli, vanila, bergamot, jasmine, rose, ilang-ilang, iris and tonka beans. Limited edition souvenir bottles pass off as luxury gifting items. Buy at least a bottle for yourself if you don’t want to miss smelling like a million buck. Even though the winter markets are fancy, the best time to visit Moscow is during the summer. It will be easier for you to look around and tour the place well and you will find available, all year round, the special items that Russia is known for. While you’re here, be sure to check out the city’s famous buildings as well as some photo-worthy ways to adore Moscow’s beauty from above and below. 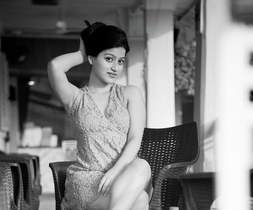 Oishi has a soft corner for poetry and music and a passion for travelling. She finds strength in the power of words and her peace in writing. She has written hundreds of articles for online...Read more
Want to contribute as a Local Expert?
Register Here
Hotels
Lowest Price Guarantee