6 Top Places To Visit In Warsaw: The Beautiful Capital Of Poland

If you visit Warsaw, I’m sure that the Polish capital will surprise you. Impressive skyscrapers, bursting nightlife, hipster neighborhoods, a picturesque Old Town, palaces, huge parks and artistic neighborhoods across the Vistula River can be seen in Warsaw. Explore this beautiful city beginning at the Royal Road, which links the Wilanow and the center of the Old Town. Behind the Old Town discover the New Town, while on the other side of the river you will find the district of Praga. Getting around is very easy as the city is connected with trams, metros and buses on both sides of Vistula River.

1. Walk along the Royal Road and enjoy impressive views Starting from the Wilanow Palace, this road passes through the city center and reaches the Old Town. It is an enjoyable half an hour walk along a large avenue and the wide sidewalk that will allow you to pass by important monuments and beautiful buildings of Warsaw. Keep a lookout as you will come across St. Anne’s Church, Carmelite Church, the Presidential Palace, Holy Cross Church, the Kazimierz Palace, the historic Hotel Bristol, the National Library, the impressive university and on the path’s edge, the Royal Castle in Warsaw.

2. Be enchanted by the colorful Old Town Warsaw Old Town (Stare Miasto) is dominated by the Royal Castle, a simple yet beautiful building. However, the beauty of Old Town Market Place (Polish: Rynek Starego Miasta) is mainly due to its picturesque, colorful buildings that surround it, which makes you feel as though you are in a fairy tale. The Old Town was completely destroyed by the Nazis during World War II and the square was rebuilt exactly the same as what can be seen in old photographs. In the alley next to the square, you’ll find the St. John’s Archcathedral in Warsaw (Polish: Archikatedra św. Jana w Warszawie), a gothic style building built with red bricks, while the small labyrinthine of streets around the square are hiding small shops and little ice cream parlors. Make sure you buy some amber, since Poland is famous for its quality amber stones for very good prices. New Town (Nowe Miasto) of Warsaw is equally as picturesque and as old as the Old Town. Built in the 15th century the neighborhood has a beautiful square with trees, restaurants and the white St Kazimierz Church with its turquoise dome dominating the area. The same as the Old Town happened here: the neighborhood was completely destroyed by the Germans during World War II and was rebuilt from scratch in the 1950s.

4. Relax in the vast green area of Lazienki Park A twenty minute walk from the city center towards the south of the city, will bring you in front of Warsaw’s largest park, Lazienki Park. Also known as “Royal Baths”, this Park was designed in the 17th century. It covers an area of ​​760 acres with thematic gardens, monuments and statues, fountains, lakes with bridges and swans passing by. Have a coffee at the various cafes around the park and feel the breeze, watch the squirrels and the peacocks in the idyllic surroundings. The park is open 24 hours, entrance is free and it’s really worth a visit for a relaxed day in Warsaw.

5. Explore the soviet-style neighborhood of Praga Crossing the Vistula River is a different experience in Warsaw. The district of Praga is a totally different setting from the picturesque, colorful Old Town. Here you will see decrepit style buildings in a soviet atmosphere. However, the area is dominated by artists who, during the last years, have created art spaces inside those old and decrepit buildings. Artists have opened galleries and bars, turning the soviet remains into clubs, restaurants and markets, giving in the neighborhood a totally different lifestyle. Spend an afternoon at Soho Factory, a creative art space with buildings and art galleries, cafes and restaurants. There you can visit the Neon Museum, a museum hosting a very interesting collection of the original neon signs used during Soviet times. Have in mind that the opening hours of the Neon Museum are from 12 pm to 5 pm daily and entrance costs 10 PLN (2.50 USD).

6. Srodmiescie: the modern center of Warsaw Spread around the Centrum Metro Station, the area is dominated by the famous Palace of Culture and Science, the eighth tallest building in Europe. Its 231 meters (757.8 ft) tall and with its lower turrets around it, is called by locals the Warsaw Empire State Building. It was built in the 1950s and was a gift from Stalin to the city. Its architecture combines Socialist realism with Art Deco elements. Today, in some rooms of the huge buildings you’ll find art exhibitions and various events. Only the 33rd floor is open to the public where there is a terrace with breathtaking views over Warsaw.

Around the Palace of Culture and Science between the Avenues Marszalkowska, Widok and Nowy Swiat there are big shopping malls and a bunch of cafes, hip restaurants, bars and pubs. Here you can have brunch, coffee, lunch or a drink at night while the neighboring Zbawiciela Square, just a 15 minute walk towards the south of Centrum Metro Station, is the hipster district. You will recognize it from the colorful flower rainbow in the middle of the square and its gay friendly and indie bars with organic products in an artsy environment.

A lively city in Europe's heart

Warsaw is an evolving modern city, a creative capital that has nothing to envy of the other European capitals. Grab the opportunity to explore all its neighborhoods since each one has different beauty and οffers a different experience. Its wide sidewalks, its artistic neighborhoods, the vast green parks and its buildings testify to the city’s continuous development. Spend just a couple of days in Warsaw to discover a city that has a picturesque historic center and a dynamic personality. 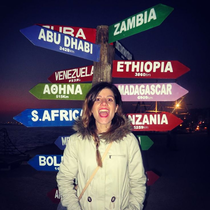