Best Things To Do In Kaohsiung At Night

Kaohsiung used to be famous for two things: it’s the second largest city in Taiwan, and it’s the largest port city in Asia. Its identity was solely strapped on to its economic progress. Smog covered the city and there was pollution in its rivers. However, thanks to the efforts of its people and government, Kaohsiung has slowly been rising from these titles, to give its locals and tourists something worth staying for. If you’re planning on taking a side trip to Kaohsiung or making it your home base for the rest of your stay in Taiwan, here are a couple of things to check out in this thriving city, especially at night where this new sub-culture is now starting to emerge. Kaohsiung, if not the whole of Taiwan, is famous for the concept of small eats. The night market culture specializes in this concept. There are several markets to choose from in Kaohsiung, many boasting to pack as many as 3,000 stalls in such a cramped space. Liuhe is mostly famous for the shopping. It’s also the go-to place for most tourists. However, if you want something a little more laid back, you’ll find that the market in Ruifeng packs a punch, as well as food as cheap as 2.00 USD a serving. It’s difficult to say what the must-tries are, since there are so many but generally, you might want to try Taiwan’s own version of the smelly tofu. Xinjuejiang is another shopping spot that offers a combination of China made products and a nice hipster collection of curated items. You’ll want to scour the whole area first before making a purchase. Scouting will ensure that you get the cheapest finds, since most items aren’t exclusive to just one shop. 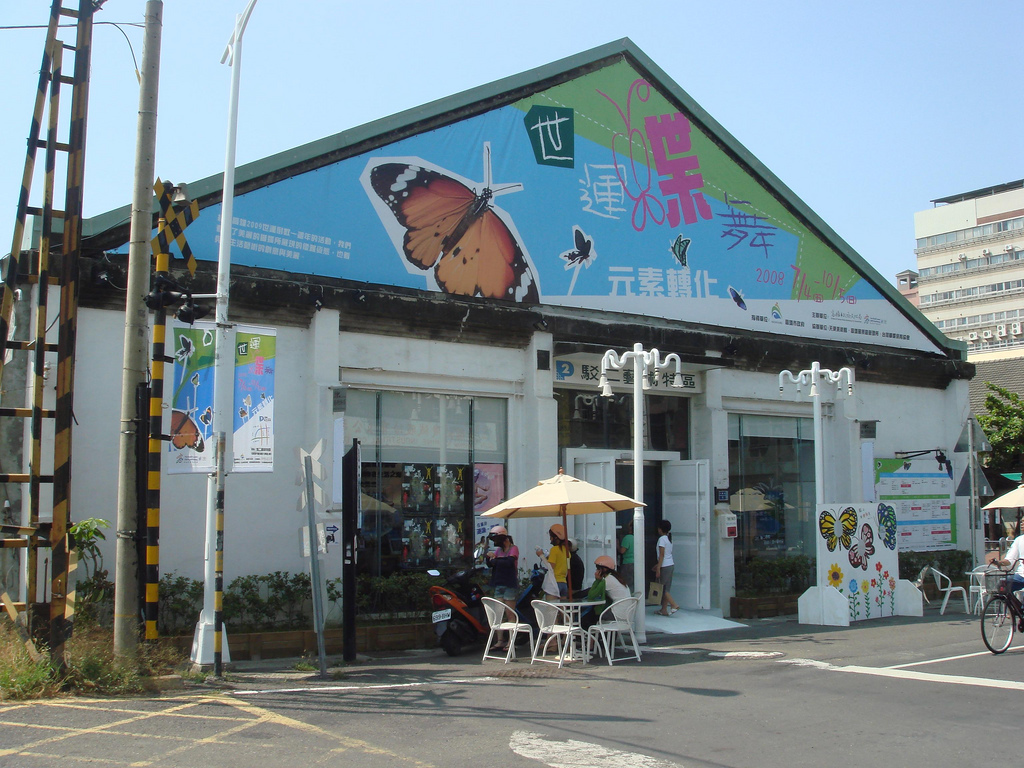 If you’d like to escape the crowd and soak in art in silence, then visiting Pier 2 Art District, a former sugar storage turned art hub, at night is ideal. What will greet you are the 16 metal installations by the Non-KingKong group (with a name like that, you know you’re in good artistic hands). You can either explore the galleries featured like the Super Nature Conceptual Art of Mimicry Exhibition, the Kaohsiung Museum of Labour, Wall Live House, and the Shigeo Fukuda Design Museum in Component Street, or follow the bike path especially laid just to get a feel of the place. The place is now officially called Yancheng Passenger Wharf and houses new bars, one of which is called Coastal, where the film ‘Black and White’ was shot. Unlike other art hubs which struggle with making ends meet, this Art Center is unique in the sense that it is funded by the Bureau of Cultural Affairs.

3. Catch the show at Dome of Light 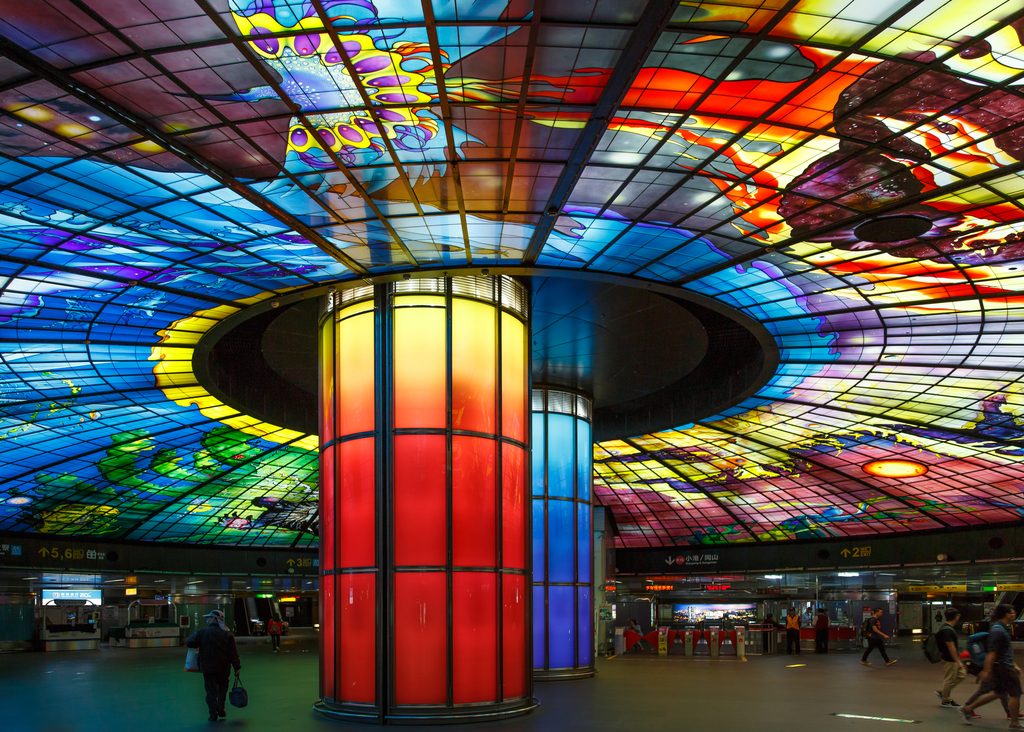 Found in what may be the most beautiful metro station in the world, the Dome of Light is also the largest glass panel installation in the world, with over 4,500 glass panels that were made and imported from Germany, before illuminating the ceiling of the Formosa Boulevard station. It’s integrated so well into station life that it becomes a testament to how something artistic can be integrated into everyday life and vice versa. The installation is supposed to artistically symbolize destruction and rebirth, not just of the cosmos but Taiwan’s democracy. There are four stages, “Water: The Womb of Life,” “Earth: Prosperity and Growth,” “Light: The Creative Spirit,” and “Fire: Destruction and Rebirth.” There are four entrances designed by Japanese architect, Shin Takamatsu, which merge well with the glass panel installation designed and executed by Italian artist, Narcissus Quagliata. At night, you’ll most likely find several young Taiwanese, or couples, enjoying the scenery before heading home.

4. Go on a cruise in AiHe or Love River 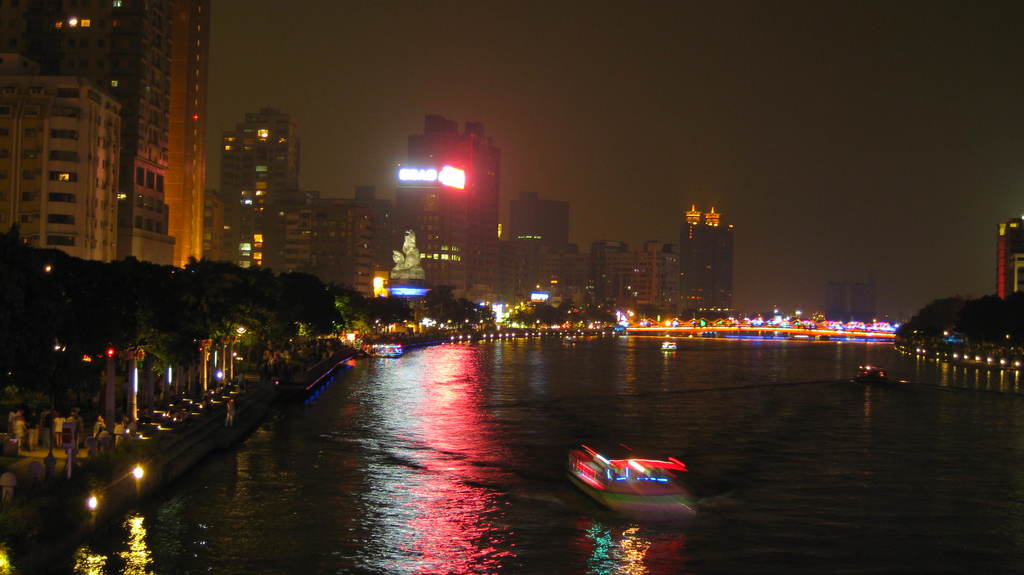 One of the best ways to end the day is with a cruise in AiHe. You can ride a solar-powered boat which creates very minimal sound, and therefore, doesn’t interrupt the peace and quiet brought about by the water, and the ambient music from local musicians. A Chinese-speaking tour guide will give you a short history of the river; how it was once a polluted waterway running from the North to the south of Kaohsiung and was later revived by the government. Upon special request, you can also find one who speaks English. From Kaohsiung Harbor, you’ll have a magnificent view of 85 Sky Tower or end with a visit to several bars and restaurants by the waterside. 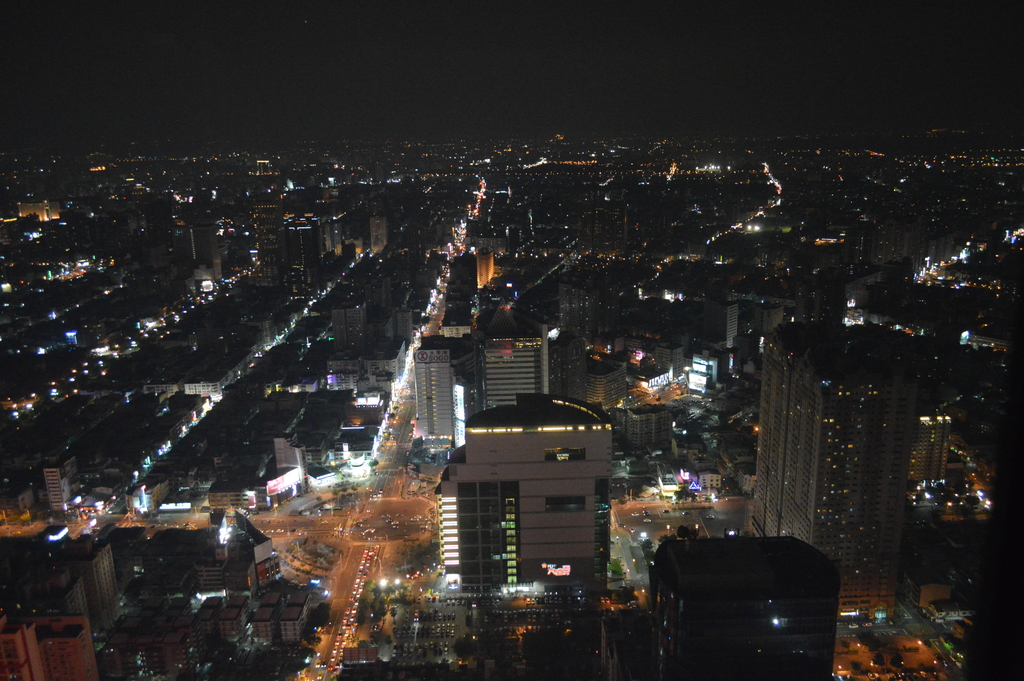 Also known as Kaohsiung Tower, 85 Sky Tower offers an observation deck with a 360-degree view of the city below. It is the second tallest building in Taiwan and has the third fastest elevator. It also has a hotel, the Splendor Hotel, which actually owns the observation deck on the 75th floor. Mostly though, what it offers is the night view of illuminating lights and snake-like passageways of the streets. You can bring in food and have a picnic if you like, or you can also grab a bite, or coffee and tea, in the observation deck’s cafe. It’s a great way to escape the crowds if you’ve been feeling a little claustrophobic from a day of being out and about.

Much more than an industrial city

Kaohsiung has come along way from being known as just an industrial city or the second largest city to Taipei. Thanks to all the new cafes, restaurants, and art scenes popping up, Kaohsiung can now truly call itself a city of culture. If you want to escape the hustle of Taipei and need a convenient connecting point to other areas in Taiwan, Kaohsiung can serve as an ideal temporary base. More than this though, it doesn’t disappoint when it comes to street culture, which is why you should visit.