Enjoy The Winter At The Beautiful Buckingham Palace, London

Buckingham Palace is one of the most beautiful buildings in London. It attracts tourists and London residents alike. There is just so much history to the beautifully detailed building that you’ll find yourself wanting to come back time after time. There’s plenty of culture to take in at Buckingham Palace.

More about this most famous Royal Palace Buckingham Palace has been the home to the royal family for over a 100 years. Since 1837 in fact. But it’s more than just the royal household, the palace is also the official headquarters of Her Majesty The Queen and the Royal family. The palace is currently used for the various gala events that happen. Some of them are televised, including grand meetings between the many international dignitaries with The Queen herself. But when the huge banqueting rooms are not in use, you can find that the State Rooms at Buckingham Palace are able to be viewed first hand by the public.

So much to see at Buckingham Palace The most well known of the Royal palaces is pretty big, so there is a lot to see. You can take in the grandeur of the palace by taking a walk around the huge estate. This palace is comfortably merged in the city of London, so there is a real cosmopolitan feel to it too. You won’t be able to view all the 775 rooms in the palace but a great deal of the spaces that are not being used are open to visitors for a fee. It’s a building that is made use of, so visitors are only able to visit at certain times of the year. You can find out more about opening times and entry prices via the palace website.

Changing of the Guard at Buckingham Palace The Changing of the Guard is literally the swapping of the old guards with the new ones. Think of it as shift work, only a million times more extravagant! This is a free event, one for all the family as spectators can view this most regal of traditions every day. See The Queen’s Guard dressed in their finery, hear the marching orders being given in a royal ritual that has remained the same for over 100 years. There are a total of nineteen state rooms in Buckingham Palace. They were built to be like social rooms, places where the reigning King or Queen would meet both visiting dignitaries as well as members of the public. Just viewing these rooms, gives one a taste of the luxury that surrounds the Monarch and are well worth a visit. The stunningly decorated rooms are part of the Buckingham Palace tour when they are not being used by Her Majesty or The Royal Family to entertain.

Education and fun for all the family! Thinking about taking the younger members of your family to visit Buckingham Palace? There are exhibits for all ages to enjoy. Get young minds learning about British history with the learning resources available free of charge. More about this can be found on the Royal Collections website in advance of your visit. For older members, there’s art from the Royal collection on show and various classical art exhibitions on throughout the year.

Entrance to the palace varies in price from 37 GBP (56 USD) for adults, to 12.3 GBP or (19 USD) for the under 17’s. Entry to the palace is free for the under 5’s. There are special discounts for family group visits which can be booked in advance on the Royal Collections website.

Try a taste of royalty with a trip to Buckingham Palace

It’s one of the most beautiful buildings in London, Buckingham Palace attracts tourists and London residents alike. There is just so much history to the beautifully detailed building that you’ll find yourself wanting to come back time after time. There’s plenty of culture to take in at Buckingham Palace! 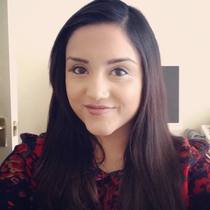 Hello Fellow Travelers! I am a freelance writer working from my base just outside London. I love to travel when I can and working for Trip 101 just means that I get to review some of the UK's...Read more
Want to contribute as a Local Expert?
Register Here
Hotels
Lowest Price Guarantee