Ephesus: Home To Some Of The Best Preserved & Most Significant Ruins In The World

For archeology buffs or those who merely enjoy an opportunity to step back through time, the expansive ruins at Ephesus present a rare and intriguing treat. Just three kilometers from Selcuk, these stunning ruins are among the best-preserved and most historically significant Greco-Roman ruins in the world. Between the sophisticated architecture, elaborate mosaic murals, and not least of all – the advanced plumbing - you will constantly be reminding yourself that this is a city built more than 2,000 years ago. And now, with the opening of the Terrace Houses at Ephesus, a visit to this popular sight is even mor e fascinating and illuminating. A visit to Ephesus typically begins with a walk down its primary boulevard, Curetes Street, a wide road lined by crumbling columns, some partially reconstructed marble temples and pathways leading off the main thoroughfare deeper into the ruins, beckoning you to come explore a quiet corner or crumbling alcove. This primary pathway through Ephesus is as close as you get to walking down Main Street in a city that dates back to the 10th Century B.C. Back in the day, the road was lined by monuments, statues, and shops. And it would have been busy - filled with merchants, children, porters and toga-clad residents.

Today, the road is merely the start of a visit to Turkey’s third most popular tourist attraction. Ancient Ephesus, founded in the Bronze Age, was once one of the most famous and cosmopolitan cities in the Mediterranean, serving as a crossroads between East and West. Its historical significance and highlights include being the place where the Gospel of John was likely written and also once being home to the Temple of Artemis, one of the Seven Wonders of the Ancient World.

The site is a rich treat for history lovers and best explored early in the morning or late in the afternoon, when there are fewer tourists interrupting your peaceful walk among its impressive, picturesque ruins. The newest attraction at Ephesus, the Terrace Houses, also called “the houses of the rich” are highly advanced and opulent homes that were once home to the city’s elite.

An ongoing excavation, the houses are enclosed in a contemporary structure that also protects them from the elements. You could spend hours wandering through just this fascinating portion of the ruins at Ephesus, each home being unearthed more colorful and interesting than the previous.

The two-story houses are built one right next to the other, and provide a rare glimpse into daily life thousands of years ago. The homes had elaborate murals and frescoes decorating their walls and detailed mosaic tiled floors, the bathrooms had advanced latrines that included channels to carry waste outside and even bathtubs, hot and cold water and heated floors. It’s hard to find a more detailed or vivid example of ancient life than the Terrace Houses, which are so stylish and colorful they look as though they sprang from the pages of Architectural Digest magazine.

Located along Curetes Street, opposite the Hadrian Temple, the oldest of these houses is thought to have been built around the first century BC. They are a must see stop on any tour of Ephesus, if not one of the most outstanding parts of a visit.

Celsus Library: One of the most impressive libraries of the ancient world The biggest crowds at Ephesus are often gathered around the well-photographed Celsus Library. And with good reason. This stunning marble structure, completed in A.D. 135, is remarkably intact and even for repeat visitors remains a site to behold.

Once the location of 12,000 scrolls, the library is a Roman structure that was built to honor the Senator Tiberius Julius Celsus Polemaeanus, whose remains are said to be located in a crypt beneath the library’s ground floor.

While it may be hard to get past the clusters of tourists with selfie-sticks these days to explore the library, (depending upon what time of day you visit), persistence shall be rewarded. The library is truly one of the most visually stunning parts of Ephesus, even attracting just married couples who come here to take wedding pictures. Only the reconstructed façade of the building remains today, its interior is said to have been destroyed by an earthquake during ancient times.

Great Theater: A humbling site to this day One final highlight of a visit to Ephesus is its Great Theater, originally built in the third century BC by the Greeks and later enlarged by the Romans.

Located on the slope of Panayir Hill, the dramatic and impressive theater is big enough to seat 25,000 people, making it the largest theater in Asia Minor. Walking amidst its seats is a humbling experience. Once again you’re reminded by the structure surrounding you, that this city was once home to a very advanced and sophisticated culture. During its heyday, the theater was used for not only concerts and plays, but religious events, philosophical debates and even gladiator fights (a la Russell Crowe in the movie Gladiator). More recently, this picturesque, albeit crumbling theater, has hosted the concerts of Elton John, Sting, and Diana Ross.

An ancient Greek city that evolved into a major Roman capital, Ephesus continues to be one of the more remarkable historical sites the world has to offer. With a population of more than 250,000 people in the 1st century BC, it was a bustling and colorful example of all that the ancient world grew to be. And still today, though only a small fraction of the site has been excavated, Ephesus is an archaeological showplace where tourists glimpse public baths, public toilets, brothels, libraries and theaters that are thousands of years old. 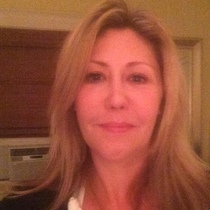