Early settlers of the area Humans have inhabited the park area for over 10,000 years. The Blackfeet Indians controlled the vast prairies east of the mountains, while the Salish and Kootenai Indians lived in the western valleys. Indians from both tribes travelled the mountains, streams, and valleys in search of game for food and supplies to survive. European explorers travelled to the area for animal pelts. Miners looking for gold and other precious metals and settlers looking for land quickly followed. The completion of the Great Northern Railway in 1891 enabled greater numbers of people to visit and settle in the area. Small towns developed along the railroad; many grew into the larger towns of Montana today.

In 1910, Glacier was recognized as a national park by President Taft. Influential leaders of the time convinced the president that Glacier was a unique and scenic land rather than just a place to mine or farm. The first tourists to the area arrived via the Great Northern Railway at Belton Station. Greeted by towering western red cedar trees, which gave the area a delightful aroma as well as cool temperatures, these guests would board boats to row across the Middle Fork River. From there, wagons carried guests to the nearest lodging, the Snyder Hotel. It took the better part of a day to reach the hotel if all went smoothly. Once a crude dirt road connected the river with the nearby Lake McDonald, the George Snyder Steamboat could take visitors across the lake rather than around by wagon. This area is known today as the West Entrance.

Scenic beauty of the glaciers Located in Montana, on the Canada-United States border, the park includes over 1 million acres, parts of the Rocky Mountains, over 130 lakes, hundreds of animal species, and thousands of plant species. In addition, over 350 landmarks listed on the National Register of Historic Places are included in the park.

The mountains of Glacier National Park began forming 170 million years ago when ancient rocks were forced eastward up and over younger rock, forming the Lewis Overthrust. As a result, the park is home to some of the best fossilized examples of early human life anywhere in the world. Glacial movement carved the great valleys and lakes filling the park today.

Of the estimated 150 glaciers that existed in the park in the mid-19th century, only 25 active glaciers remained by 2010 (Brown, Matthew, 4/7/10, “Glacier National Park loses two glaciers”. Huffington Post.). Scientists estimate that all the glaciers may disappear by 2030 if the current climate pattern persists.

Brand new cabin in the woods!!! This is a collection of pictures on display at the Logan’s Pass Visitor Center, which shows the dramatic decline in size of the Grinnell Glacier.

The glacier retreat follows a worldwide pattern of changing weather that has accelerated the melting of ice and glaciers even more since 1980. Scientists are studying the impact of glacier retreat on the park’s ecosystems in attempt to determine what the impact of the loss of glaciers may be. Many plant and animal species are dependent on cold water and could suffer due to a loss of habitat. Changes in seasonal melting of glacial ice may also affect lake and stream levels during the dry summer and fall seasons. This would open the park to drought and an increasing risk of forest fires. The loss of glaciers will also impact the aesthetic visual appeal that glaciers provide to visitors.

We should all do our part to slow down climate change and reduce carbon footprint. The main road through the park, Going-to-the-Sun Road, provides access to the many areas of the park. Portions of the road remain open year round, however, the alpine portion of the road is closed during the snowy period of the year. There is no set date for the road to open or close each year as it depends on snowfall and temperatures. Typically, the road is fully open late June/early July into October. If traveling during the shoulder season, check the website for road conditions/schedules.

The park offers a free shuttle system as an alternative to driving to help reduce traffic congestion and pollution. Going-to-the-Sun Road can become very congested with the number of cars visiting the area. The shuttle offers two-way service between Apgar Visitor Center and St. Mary’s Visitor Center. Large windows permit sightseeing in air conditioned comfort with shuttles running every 15 – 30 minutes. Travelling the entire length of Going-to-the-Sun Road from the Apgar Center to St. Mary’s Center and back takes about 7 hours. With over 700 miles of hiking trails inside the park borders, there is a hike for every ability and age. Trails lead through cedar forests to tremendous waterfalls and amazing vistas. Other trails lead deep into the forests and meadows for primitive camping opportunities.

Dogs are forbidden on most trails in the park because of the presence of bears throughout the park. Horses are allowed only on designated trails.

Campers must register to camp in the backwoods, primarily to ensure their safety. Campers must follow a carry in/carry out policy and secure all food in such a way to avoid attracting bears to the campsites.

Mosquitoes are abundant in Glacier National Park during most of the year, so be prepared with repellent and appropriate clothing.

Wildlife and flora are abundant Grizzly bears, moose, and mountain goats are common sites within the park boundaries. Hundreds of bird species and dozens of fish species have also been documented within the park. Visitors should remain a safe distance from all animals and secure food brought into the park to avoid contact with the animals.

The park’s ecosystems include everything from prairie to tundra. In the spring, meadows fill with breath-taking colors as flowers come to life after the cold winter. The waterfalls are strongest in the spring and early summer months due to snowmelt. In the fall, the crisp autumn air invigorates the atmosphere with great autumn scents and colors. Because Glacier National Park crosses the Continental Divide and includes over 7,000 feet (2,100 m) in elevation differences, many microclimates can be experienced in the park in a short amount of time. Snow can fall anytime during the year, including the summer months.

Come for the amazing glaciers; stay for the relaxing atmosphere

Glacier is amazing in any season, but busiest during the summer months. Exploring the backcountry trails is quieter with some amazing views and opportunities to encounter wildlife in their natural habitats, just be cautious and alert. 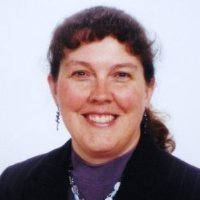 I love to write and take photos to capture my journeys. Traveling the world allows me to experience a variety of cultures, meet new people, and live life to the max. I have been to all 50 states in...Read more
Want to contribute as a Local Expert?
Register Here
Hotels
Lowest Price Guarantee