There are not many places that still retain unchanged traditions. Sicily is one of those places where time seems to stand still. Every year on Christmas Eve, a fire is lit in the squares of every humble town gathering around the joy of a birth and the drama of what will soon no longer be there.

A fire burning in the piazza The Yule log is a very ancient Nordic tradition dating from the 12th century that, with time, has reached several countries and has been passed down through countless generations, preserved and sometimes lost. In Italy, the Yule log still keeps the medieval spirit that generated it. ‘Feast of the log’ is used in Tuscany to indicate Christmas day itself.

In the small towns of Giarre and Riposto (Catania Province, Sicily), bound together both physically and ideally by a long straight road called Corso Italia, the Yule log, ‘zuccu’ in Sicilian, becomes an opportunity for interaction and collective reflection. In the main squares of the two cities during the days leading up to Christmas, a pile of wood begins to shape a pyramid made of logs and branches. A healthy competition between Giarre and Riposto helps both to engage in the construction of the highest and long lasting Yule log, ‘ceppo di Natale’ in Italian. The straight road Corso Italia connects and feeds the two fires from North to South; you can walk from one to another, only 2 km separates them. The Yule log is lit up in Giarre and Riposto every year on December 24th at 8 pm in Duomo Square and St. Peter’s Square, respectively. A crowd gathers around the fire, the church is in the background, and a mystical atmosphere suddenly attracts the audience. According to Christian tradition a fire was intended to protect the newborn baby Jesus from the cold of the night. The strong symbolic meaning of the burning fire makes the event a ripple in time, the dissolution of the present into an uncertain time. This is the time when family and friends wish each other Merry Christmas and a Happy New Year! The fire, so familiar to the inhabitants of these two cities at the foot of Mount Etna, represents not only a moment of joy but also the sacrifice of Jesus who died on earth to save man. In only a night, birth and death run through the history and belief of the Christian religion. According to tradition, the ashes of the Yule log should be collected and used the following year to light a new fire. It is said that the ashes are bearers of good luck, but you need to wait until the next day to be able to collect a little of that luck! Those who are not superstitions, probably think the Yule log as a delicious chocolate dessert called by the French ‘bûche de Noël’ - tradition comes back again but is reinterpreted in a different way.

If you are fascinated by Sicilian folklore, the Yule log is an annual event that will leave a mark in your memory whether you think of it as a religious ritual or simply a different way of spending time together with your friends and family. Perhaps next year you will bring this ancient tradition to your own country, culture needs to be spread! 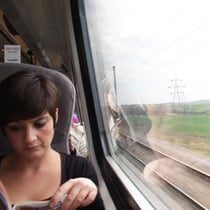