The city of Roxas is one of the most unexpected places to fall for as a wanderer. Settled in the province of Capiz, Philippines, it is known as the center of trade, education, and business. It is most legendary for being the hometown of the late president Manuel Roxas. Because of its beauty and rich heritage, Roxas has a number of names attached to it like “Mini Boracay,” “Good Luck Island,”and the “Venice of Visayas.”

1. Have your fill of fresh seafood at Baybay Beach Imagine walking by the shore on a holiday morning and then upon getting a whiff of the salty sea, nothing else makes sense except to have brunch. This is the ideal state of mind whenever you visit Baybay Beach. For one, it is a favorite spot for locals to enjoy their weekend since it is just three kilometers (1.8 mi) away from the city. Once there, enjoy the breeze and the water is made more fun with various activities like snorkeling, kayaking, and swimming.

Of course, one cannot forget the stomach, right? Fret no more, dear foodie. In Baybay Beach, you’ll find a place called the People’s Park where you can eat all the seafood you want — caught fresh daily. And the best part is that you get to choose how you want them to cook it for you. That is always a pretty good deal and is a day well-spent.

2. Hideaway at the Olotayan Island

Olotayan Island is the only one of its kind, as a barangay island in Capiz. It got its name from the words “olo” (head) and “tyan” (stomach). It is said that once there was a wicked giant who brought chaos on the land. The locals prayed to the gods to spare them from the giant’s wrath. These requests were answered and lightning struck the giant, leaving him scattered in the sea. This is how the islands of Roxas came to be. The giant’s head and stomach became Olotayan (ulo and tyan).

The less famous hiding spot is also called “Mini Boracay” and by just setting foot on the white sand and gazing out to the azure sea, you will understand why. There is much to do and see should you want to spend a day on this beautiful isle. As a first, you can try your hand at fishing in its rich aquatic sea. Swimming, snorkeling, and playing beach volleyball can also be enjoyed with family and friends.

3. Circle Mantalinga Island on a kayak

Found just one kilometer (0.62 mi) away from Baybay Beach, Roxas City, this isle is known as “Good Luck Island” by the local fisherfolk because they believe that it is a source of good fortune for a good catch. A lot of tourists want to circle this hilltop on the sea on kayaks. Because of this, the city holds a kayaking contest that starts from the shoreline, circles the island, and then returns to the shore. It is quite charming to know that there is no building on the island, just the best of mother nature.

The Roxas City Museum features the memorabilia of the late president Manuel Roxas. The locals call the museum “Ang Panubli-on,” which means “guardian of precious things.” It is named this way because it exhibits everything considered important in the life of the late president Manuel Roxas. These items include handwritten manuscripts of speeches, art by the national artist Fernando Amorsolo, a wardrobe, medals, newspaper clippings, and other important relics. It also houses a special exhibit showing how the indigenous people of the Visayas lived.

5. Take a walk on memory lane at the ancestral home of the late Pres. Manuel Roxas

The ancestral house of the late president is the oldest in Roxas City and is one of the greatest heritage sites in the country. His two-storey home is located in the town proper and has become a shrine. Up to this day, the structure is well-maintained by his relatives. All the furniture and other family heirlooms are preserved within its walls to be a constant reminder of his life as a Philippine president.

6. Go on a late afternoon stroll along the Roxas City Bridge

When the sun is just about to set, you will know that this is the perfect time to take a stroll on the city bridge of Roxas. Built in 1910, it has remained a strong bridge that connects the trade center of the city to the locals traversing the Panay River. This is another reason why Roxas City is known and called “Venice of the Visayas.” The bridge has stood its ground for many generations and has witnessed how Roxas City developed into the city it is today.

7. Have a picnic at the Hortus Botanicus

The Hortus Botanicus was developed by the government of Roxas. Its 5-hectares (12 acres) are very welcoming for picnics, retreats, or as a place to simply breathe fresh air, away from the hustle and bustle of a busy life. Within its grounds is a man-made lagoon for boating and a cabana that is specially designed for a more intimate setting among friends and family. The Hortus Botanicus also has its own botanical garden, a plant nursery, a greenhouse, and the lush greenery of its many plant species.

Spend a couple of hours enjoying and relaxing on a river cruise on Palina Greenbelt Ecopark. This river tour would require you to ride on a bamboo hut perched over bamboo raft that is being glided over the peaceful waters of the river. On this tour, you’ll see mangroves, and pass along swamps and rivers. Moreover, you will be serenaded by local musicians that would sing their local songs as you feast on seafood. You will also have an interaction with the friendly locals as they warmly welcome you and some local fishermen may even proudly show you the fishes they raised. Also, you can even take part in activities like mangrove planting, fishing, and shell gathering.

The sun will shine again.

Cafe Terraza is a hilltop dining destination in Roxas City. It provides an amazing view of the town and neighboring municipalities and has a cool temperature. Aside from the scenic views, it also offers hearty meals like baked oysters, baked scallops, calamares, seafood kare-kare, and grilled pork. To cap off your meal, you may treat yourself with blueberry cheesecake and other desserts. This restaurant has nipa huts and umbrella-covered tables so you may dine alfresco while enjoying the view. Meanwhile, should you want to have a bit of excitement during your stay in the restaurant, you may try their zip line which is located just beside the bistro.

Learn more about Roxas heritage by visiting Panublion Museum. This museum building was constructed in 1910 as a circular water tank to provide water to the local residents during the dry months. This whitewashed museum building is located just across the city hall making it convenient among tourists to visit it and have a glimpse of the past of the town. Serving as a repository of old things, the museum features memorabilia of notable children of the town. Its collection ranges from religious icons, artifacts, artwork, old farm and kitchen implements, and old cameras. Also, the shoes, tux and the red sala set of the late President Manuel Roxas is also on display.

Roxas City is more than anyone will expect it to be Roxas has proven that there is more that meets the eye. From the sea to its landlocked wonder, the city is worthy as a president’s hometown. May it remain so throughout. 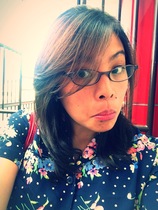 Explore Roxas City
Good things are meant to be shared!