The capital of the state of Tennessee, Nashville, is known as the Capital of Country Music. It is home to the Country Music Hall of Fame, which is one of the largest museums in the US dedicated to American music. If you stroll the streets of Nashville, especially in the evening, you’ll hear live music playing from every restaurant, bar, and other establishments. But music isn’t the only thing that the city boasts; it is also where the world-famous Nashville Hot Chicken originated! Other notable attractions in the city are the Bicentennial Capitol Mall State Park, Belle Meade Plantation, Parthenon in Centennial Park, and the Grand Ole Opry at Ryman Auditorium. But if you’ve been to all these tourist attractions and beyond already, then maybe it’s time for you to explore the nearby towns and cities! If you think so, then definitely read on to find out the best weekend trips from Nashville, Tennessee.

Memphis is a city near the Mississippi River located in the southwest parts of Tennessee. It is the hometown of the music legends Johnny Cash and Elvis Presley. Some of the most famous landmarks of the city are the Stax Museum of American Soul Music, National Civil Rights Museum, and the Belz Museum of Asian & Judaic Art. These tourist attractions can be great destinations for your next weekend road trip, not to mention that Memphis is just about 3 hours via a car from Nashville at 212 miles (around 341 kilometers).

Franklin City, named after the former US president Benjamin Franklin, is the administrative center of Williamson County. It is a great destination to pick, especially if you’re not fond of a long drive because it will just take you less than 30 minutes to reach via a car. It is only 21.5 miles (about 35 kilometers) from the city of Nashville. It is home to Lotz Museum, Carnton Plantation, Timberland Park, and the Soar Adventure Tower.

Source: Photo by user Brian Stansberry used under CC BY 3.0

Huntsville is Madison County’s administrative center and is Alabama’s fourth-largest city. It is also known as the Rocket City for being home to NASA’s Marshall Space Flight Center, U.S. Space and Rocket Center, as well as the United States Army Aviation and Missile Command. Aside from being the rocket city, you should also visit its Huntsville Museum of Art, Huntsville Botanical Garden, and the U.S. Veterans Memorial Museum. The city is 115 miles (around 186 kilometers) away from Nashville and is around a two-hour journey when you’re riding a car.

Gatlinburg is a city located at the heart of Sevier County. The city is located near the Great Smoky Mountains National Park, which means that going for a weekend vacation to Gatlinburg is a good idea if you want to experience nature in this area. Some of the wildlife you might see during your stay in this city are the white-tailed deers, black bears, coyotes, and other wild animals. The city’s most notable tourist attractions are the Gatlinburg Scenic Overlook, Gatlinburg Trail, Gatlinburg Mountain Coaster, and Hollywood Star Cars Museum. The city is a 3-4-hour car drive from Nashville at 221 miles (356 kilometers) in distance.

Sewanee is home to the University of the South, a Census Designated Place situated in Franklin County, and is in the western part of the Cumberland Plateau. Though a university town, Sewanee is also famous for its hiking trails which make it a great place to spend your weekend communing with mother nature in this part of Tennesse. What’s more is that it is just about an hour and a half drive from Nashville as it is only 93 miles (about 150 kilometers) away. Some of the places that you should definitely visit here are the Natural Bridge, Greens View, Mountain Goat Trail, and the Lemon Fair.

Chattanooga is located in the southeastern parts of Tennessee. It is the administrative center of Hamilton County, and it has been dubbed as the Scenic City because of its rich natural sights and wonders, making it a great weekend destination, especially to people who prefer seeing panoramic views. Some of the places that you should definitely visit when going to Chattanooga are the Rock City, North Shore, Coolidge Park, and Sunset Rock. Chattanooga is 133 miles (about 214 kilometers) away from Nashville, which can be reached in 2-3 hours via a car ride.

Knoxville is the third-largest city in the state of Tennessee and is also considered the county seat of Knox County. It is home to some of the largest underwear manufacturing companies, which gave the city its nickname: the “Underwear Capital of The World.” Some of the places worth visiting in Knoxville are the World’s Fair Park, Tennesee Theater, Bijou Theater, and the Neyland Stadium. Knoxville is 180 miles (around 290 kilometers) away from Nashville and can be reached via a car in about 2-3 hours.

The independent city of St Louis, in Missouri, is located at the western bank of the famous Mississippi River. Some of the most famous highlights of the city are the Gateway Arch National Park, Missouri History Museum, Grant’s Farm, and the Cathedral Basilica. Some of the activities that you will enjoy here are beer-drinking (there is a Budweiser brewery in St. Louis!), chess matches at the World Chess Hall of Fame, and candle-making at Fusion. St Louis, Missouri is a good 4-5-hour drive from Nashville at 309 miles (around 498 kilometers) in distance.

Source: Photo by user Don Sniegowski used under CC BY 3.0

Cincinnati is a major city in Ohio, famous for its own version of the German dish goetta. So, if you wanna grab a serving of the city’s most famous dish, then definitely buckle up and get ready for a good 4-5-hour car drive from Nashville to Cincinnati! While you’re in Cincinnati, maybe pay a visit to its tourist attractions, such as the Cincinnati Art Museum, Cincinnati Reds Hall of Fame and Museum, Fountain Square, and Krohn Conservatory. The city’s distance from Nashville is 272 miles (around 438 kilometers).

Source: Photo by user Chris Watson used under CC BY 2.0

Louisville is the largest city of Kentucky, and it ranks as the 29th most populated city in the US. It is where the boxing icon Muhammad Ali hailed from. It is also home to several interesting places that you can visit over the weekend, such as the Actors Theatre of Louisville, Frazier History Museum, Churchill Downs, Historic Locust Grove, and Big Four Bridge. Louisville is about 175 miles (about 282 kilometers) from the city of Nashville and can be reached in about 3-4 hours via a car ride.

No doubt, Nashville is a great city. However, too much of something can make it seem mundane. Thankfully, you have the ability to explore its neighboring cities! If you agree, start your exploration with these weekend trips from Nashville, Tennessee! 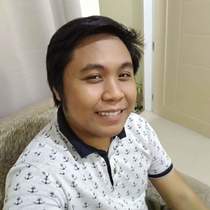 Rienz is a former office-based employee who entered the world of travel writing. His ultimate dream is to be able to travel the world and experience as much of it as he can. By pursuing his dreams,...Read more
Want to contribute as a Local Expert?
Register Here
Hotels
Lowest Price Guarantee

Explore Nashville
Good things are meant to be shared!