Everybody loves a good joke, and everybody loves to laugh. If you’re in Houston and having trouble figuring out what to do for a birthday celebration, date night, or anniversary, why not attend a comedy club? Or if you think you have what it takes to come up with witty jokes to entertain an audience, why not attend some improv classes? We have put together a list of comedy clubs that offer the best showcases with top stand-up comedians - both local and out of town - and classes to hone your improvisational skills. Have a look and see which sets and performers appeal to you the most! Here’s a list of the top comedy clubs in Houston, Texas, USA.

A post shared by The Riot | Standup Comedy Show (@theriothtx)

The Riot Comedy Show boasts maintaining its comedic integrity for 30 years and showcases some of the funniest comedians in Texas. Enjoy a night of laughter in this club every Thursday to Sunday as the comedians on stage execute their routines. These jokes range from your contemporary stand-up comedy to dark humor.

One thing’s for sure: these comedians know how to make the floor laugh. With a new comedian and act being featured every day, visitors are guaranteed that the jokes will be new, fresh, and absolutely hilarious.

Located in midtown Houston, Speakeasy Comedy Lounge offers a laid-back atmosphere that resembles the feeling of lounging around in your own living room. This atmosphere is then complemented by the club’s fantastic comedy show every Friday and Saturday at 7pm and 9:30pm, respectively.

Tickets are 20 USD per person and the shows are restricted to only 40 people. Showcasing the best local and national comedians, the club ensures that all goers have a fantastic night of not only pure laughs but also good food courtesy of its dinner menu.

Burly Q Lounge isn’t just an ordinary comedy club - it’s a theater. It offers magic, musicals, dance, and comedy. If you’re looking for hilarious, interactive stand-up comedy combined with a plethora of other entertaining performances - perhaps to celebrate a birthday or a date night - then this place is perfect for you. Do head over to their website to check out their show dates and lineups!

The Music Box produces about four to six seasonal comedies each year, centered around popular musicals through the decades. It comprises six talented and professional performers (actor-singers) that will be sure to have you laughing out of your seats and singing along. Currently showing is their annual “Year In Review” through early February, and opening soon is their highly anticipated play “The Best of Broadway”. Do check out their website for the latest updates!

In terms of popularity, The Secret Group is no secret. It’s a bar, dance party and comedy club all in one. While you can enjoy sipping your beer and dancing to songs of the 90s, the main highlight would be the stand-up comedy sets that changes by the week. Do visit their website for timings and tickets, including the age restrictions for particular shows. Some of their comedy sets even feature an open-mic stage, so you can even try your hand at your own stand-up!

Downstairs, you get a great lunch and dinner meal. Upstairs, you get performances, events and stand-up comedy. On both floors, you are treated to a wide selection of drinks. Take your pick at Rudyard’s British Pub and Grill and decide what you would like to enjoy. Shows include The Level Up comedy, a curation of countrywide stand-up talent that is held on the third Sunday of every month at 8 pm.

Seize the chance to play detective and solve mysteries together with your table mates at “America’s largest comedy murder dinner show” in downtown Houston. The show - played by seasoned performers - focuses more on an interactive experience with the audience. Visit their website to grab your tickets and prepare for a cheesy night of laughter.

If you are an improv comedy fan and would like to have a taste into how it’s like to do stand-up comedy, why not switch it up a little and attend some classes instead of simply going for shows? Beta Theater would be the ideal place for you, where it offers five different levels of improv classes that cater to just about anyone and everyone. Check their schedule and sign up on their website!

This comedy club is located in a run-of-the-mill building decorated with street art, but it provides some of the best comedy shows that Houston has to offer. At cheap rates of 10 USD and under, you can enjoy some lighthearted fun (The Spacecat Show) or late-night entertainment (Dark Matter). You don’t have to worry about paying for a limited selection of drinks, because it’s BYOB (Bring-Your-Own-Booze)! There’s even free improv classes held on Friday nights at 7:30 pm if you’d like to try it out yourself.

“It’s not comedy about sports, it’s comedy played as a sport.” ComedySportz(CSz) Houston features fast-paced, improvisational comedy where two teams go at each other to inspire the most laughs. Audience participation plays a main factor where you get to suggest different characters, scenarios, etc. It is held every Friday and Saturday at 8 pm, so be sure to mark your calendars for an exciting evening!

The Joke Joint Comedy Club is ever ready with live stand-up comedians who will be sure to put a smile on your face. The showcase is always packed with eager audiences so grab your tickets fast! Ticket prices differ with each comedy set and actor so do check out their website for more information. If you like comedy and you’re in Houston, you will definitely have to drop by Houston Improv Comedy Club. With an ever-rotating cast of stand-up comedians, you will be treated to a night of laughter in an intimate setting. Check out their website calendar to ensure you get good seats - this place is always packed!

Nothing but jokes and giggles Shake off the seriousness of everyday life and inject some humor into it. Have yourself fun nights of laughter and entertainment at these comedy clubs in Houston! 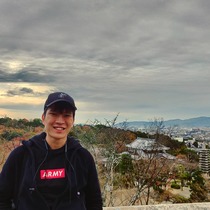 Part-Time Writer, Full-Time Adventurer. Jeremiah is a travel-enthusiast who enjoys the thrill of new experiences and making friends from all around the world.
Want to contribute as a Local Expert?
Register Here
Hotels
Lowest Price Guarantee