Rome isn’t just a part of history. Rome has made history – for centuries, and the evidence of those eons is everywhere. The city is so full of ancient and vintage architectural interest that it’s easy to get lost admiring one beautiful building after another. Some of the best architecture to visit is the oldest. Rome’s ancient buildings and excavated ruins offer a window into the city’s grand origins. The Pantheon is the greatest of Rome’s famous domes, and it’s still a living building! The Colosseum needs no introduction, and the close-by Roman Forum and Palatine Hill are a chance to get up close to the very origins of the city. The Largo di Torre Argentina is a more recently excavated square steeped in ancient historical and religious significance.

The Pantheon is a 2nd century architectural marvel The Pantheon is not so much bigger than its neighboring buildings that you can see it from a distance. In fact, it’s fairly well hidden if you don’t have a map. Depending on which direction you’re coming from, to reach it, you navigate down a few blocks of residential streets, until finally you turn a corner and it looms suddenly, an ancient edifice sitting mysteriously amid more recent apartment buildings.

The building was completed in about 126 CE, and for one thousand years maintained the record for the largest dome in the world. Even today, it holds the record for the world’s largest unreinforced concrete dome. During the advent of Christianity, pagan artifacts were stripped from the interior. The structure survived because it was converted into a church dedicated to Saint Mary. The building has been in continuous use since it was built, and regular Sunday services are held here. It’s open to the public, and to photography. Make sure you look up and see the sky through the Oculus, or “eye,” at the peak of the dome. Southeast of the downtown historic attractions lie some of Rome’s greatest ancient ruins. And for the price of one ticket, you can see the top three attractions. Admittance is about 13 USD (12 EUR) and the ticket is good for a couple of days, giving you time and flexibility to absorb the details as you explore.

The Palatine hill is famous as the place Romulus founded Rome in 754 BCE. Recent archeological evidence supports the legend. At least, it’s clear people were living on the hill as early as about 1000 BCE. There are plenty of ruins on the hill to explore, in various states of restoration, including the homes of historical leaders and a temple to Cybele, one of the ancient great mother goddesses.

The Roman Forum is an excavated portion of Rome that was actively built upon from the late 7th century BCE until 608 CE. The space served as the political heart of the city. It’s now a large rectangular area that allows guests to explore a large portion of the ancient city uninterrupted by more modern buildings. The Forum is possibly the most famous segment of ancient Rome, referred to in countless contemporaneous texts. The space was originally a public market, and over time it developed as a focal point for social debate and political display, until it became the political center of the city.

The Colosseum, finished in the year 80 CE, is one of Rome’s most famous constructions. It’s been recreated in so many films that one can almost forget that the actual site lies in partial ruins. Nevertheless, what stands is still stunning. Part of the Colosseum has fallen more than the rest, due to a severe earthquake in 1349, and this partial collapse exposes the construction, offering a real sense of how the edifice was made. Modern restoration efforts have left this inside view open, but have also reconstructed portions of the floor and theater to provide the imagination with fodder for picturing what the grand amphitheater would have looked like when it was in use.

There is often a line for admittance, but it moves quickly. Numerous informational signs and diagrams dot the premises, and English speakers will be happy to know they don’t need to know Italian to read them. Just three blocks south of the Pantheon, a large square of the ancient city lies excavated. The oldest building on the site, Temple C, dates to as early as the 4th century BCE. The four exposed temples, labeled A, B, C, and D, have been determined respectively to be dedicated to Juturna, a goddess of the fountains, Fortuna (fortune, or fate), Feronia, a fertility goddess, and the Lares Permarini, minor gods who protected sailors.

The square also boasts historical importance in that a portion of Pompey’s Theatre is located in the exposed area, and that place is the site of Caesar’s betrayal and assassination.

But arguably the big draw for tourists to this square is the unofficial cat shelter that operates here. The volunteers who run the sanctuary keep the cats fed, which keeps them in the square and off the Roman streets. Viewing the temple ruins means catching sight of cats sheltering under stones, or sunning themselves on top of the buildings’ remains. The cats are quite accustomed to the tourists, and will either ignore you when you come to stare, or they will nonchalantly look up at you, and give you a slow blink.

There's so much to explore in Rome!

So much of the ancient city lies buried under the modern one. Indeed, you can be looking at relics from centuries past while cars whiz by on the freeway, or pedestrians walk by engrossed in their cell phones. It makes for a curious sense of depth, seeing through so much time in one short space and moment. 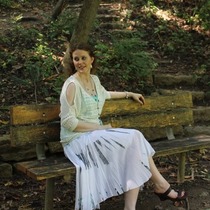