Any non-New Yorker who happens to find themselves in the Big Apple is likely to be here for one of two things: business or pleasure. Either way, the most suitable accommodation is needed for those few nights in one of the most vibrant cities in the world. If you fall into the category of the former, you might find yourself needing a hotel with a meeting room. Given the plethora of hotel choices in the Manhattan area alone, we’ve taken it upon ourselves to pick out what we feel are the 10 best hotels with meeting rooms in New York City that you can choose from. There is sure to be something here to suit your needs, so read through and take your pick!

If you happen to be a lover of the arts, this next hotel would be perfect for you. Located practically a stone’s throw away from Broadway theatres, like the Palace and the Majestic, the Millennium Broadway in Times Square is the right fit for those looking for a cultural experience while on business. Because of its prime location, it is expected for this hotel to have spectacular views. Simply looking out your hotel window will give you a bird’s eye view of the Manhattan skyline, including the magnificent Empire State Building right at the center.

As for the hotel amenities, patrons in town for corporate commitments are welcome to use its lavish meeting rooms and lounge areas. So, if you’re planning your couple of nights stay in the city, do check this hotel out.

The extravagance of hotel living in New York City can be seen through the Millennium Hilton at One UN Plaza. This swanky midtown hotel boasts modern interior architecture and design which will definitely make your business days and nights feel like a million dollars. Its conference halls and meeting rooms alone are a sight to behold, with its wood walls and ambient lighting. The common work areas also offer an ultra-scenic and breathtaking view of the Manhattan skyline.

The Millennium Hilton is amidst some of the city’s best attractions, such as the World Trade Center memorial site and Battery Park, as well as the nearby well-visited neighborhoods, like Greenwich Village, SoHo, and Little Italy.

The Theater District in Midtown Manhattan is another of the numerous pop culture bastions in the big city. Situated at the heart of it all is the Renaissance Hotel in Times Square, one of the go-to spots for tourists who want to embed themselves in New York City’s Broadway scene. While you already have the illuminated and relaxing function rooms overlooking Times Square and its bright lights at your disposal, the Renaissance features other upscale accommodations to make your stay as comfortable as possible. No wonder this place is a favorite among NYC visitors and has remained a top choice.

Once you decide to wander around the city, visiting the theaters is almost mandatory. But do also feel free drop by the nearby pubs, or even take a Big Bus tour and see all of Manhattan’s hottest destinations and spots in one go.

The Dominick Hotel (formerly known as the Trump Hotel in SoHo) offers world-class amenities, whether you’re here for leisure or business. For those who are in the city for the latter reason, this accommodation offers a 12,000 square-foot (1,114.8 square meter) meeting and event space for you to utilize, as well as smaller meeting rooms. These business lounges have on-site audio and visual support available, as well as Wi-Fi access throughout.

Once the work is done, take time to explore the city and the nearby attractions. If you’re here with family, take the kids to the Children’s Museum of Arts on Charlton Street. But, if you intend to have a night out on your own, Jimmy’s on Thompson Street offers a scenic view of the bright city lights from its rooftop bar.

For those who are fans of the second ‘Home Alone’ film or the hit HBO series 'The Sopranos’, you may have seen the famed Plaza Hotel featured as a destination spot. This iconic hotel on 5th Avenue and 58th Street in Manhattan has been providing luxurious accommodations to both tourists and business patrons alike since 1890.

The hotel exudes nothing but class, which you will feel upon entering its grand lobby. And, since you’ll be in town for business, do check out its 5,000 square-foot (464.5 square-meter) conference room, as well as the executive suites for closed-door meetings. Of course, you will want to roam around the hotel surroundings that include Central Park, the Museum of Modern Art, or you can go classic and take a horse carriage ride.

Located approximately 550 feet (167.6 meters) from Madison Square Park is the James New York. It is easy to instantly feel the luxurious vibe upon entering this establishment, with its lobby that combines rustic and modern design. The same style combo can be seen in its rooms that provide a scenic view of Lower Manhattan.

As for the hotel amenities, they exude nothing less than excellent service, which includes complimentary Wi-Fi access, same-day dry cleaning, laundry, as well as a 24-hour business lounge. What’ll make your stay at the James even more notable is its location. You can either go down the cultural path and visit the New York City Fire Museum, or shop to your heart’s content at the nearby H&M.

Here is another accommodation that is located right at the heart of Times Square. The Crowne Plaza hotel on this side of Manhattan is indeed one of the prime spots for business travelers flocking to New York City. Apart from its plush amenities, this hotel also houses conference rooms and function rooms and, if you choose to, you can even hold meetings at either the Brasserie 1605 or Broadway 49 restaurants, where you can see all the Times Square action unfold right outside its glass windows.

The Crowne Plaza is a mere 10-minute walk from Central Park and approximately a seven-minute stroll to the famed Rockefeller Center and Radio City Music Hall. These attractions alone can easily make your stay in the city a lot more worthwhile.

New York City is also known for the deep history that’s connected to many of its streets and establishments. A great example would be the Roosevelt Hotel, which has been in operation since the city’s “Jazz Age”, around the 1920s. This spot is aptly named the “Grand Dame of Madison Avenue” for a reason. Considered the most iconic hotel in the midtown area, the Roosevelt has stood the test of time, but at the same time, has kept the classic interior look that brought it fame since it opened in 1924.

Business travelers may utilize its lavish-looking conference rooms. Once work is done, feel free to bring out the wide-eyed tourist in you and explore the nearby attractions, such as the Grand Central Terminal, the New York Public Library and Rockefeller Center, among many others.

Another hotel dating back to 1924 is the grand Marriott Hotel East Side, on Lexington Avenue. This midtown classic had continued to progress throughout the decades, turning into one of the most sought after accommodations, both for tourists and business folks. Apart from the stylish and ritzy bedrooms, the hotel’s conference rooms only add to its already upscale status. This should allow you to go through business meetings in style, as you enjoy the most iconic spots in New York City.

After taking care of business in the boardroom, go and unwind at one of the nearby rooftop bars that are special to the city. And for those who want a little culture, visit St. Patrick’s Cathedral’s and marvel at its Neo-Gothic architecture in all its glory.

Midtown Manhattan is one of the most happening places in the big city. This is where most of the touristy spots, like Times Square and the Empire State Building, are located, as well as the second hotel on our list, the DoubleTree by Hilton. The lobby in itself already exudes a posh, elegant atmosphere with its modern, minimalist design. But since you’ll be in town on business, you can also fully utilize the hotel’s many function rooms.

If you’re checked into the DoubleTree, feel free to wander around the streets outside and take in the hustle and bustle of the city. That includes visiting the nearby Modern Museum of Art, or catching some of the most iconic Broadway shows today.

It is easy to get lost in the bustle and lights of the concrete jungle that is New York City. But, if you know exactly where to go, you will find yourself walking through the historic streets and 100-year-old architectural wonders that are most commonly seen in classic films. Hopefully, this short guide will help you navigate through the sights and sounds of the big city, even for just a night or two. 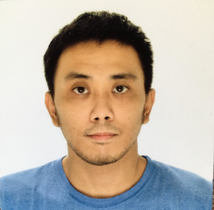