Awesome Things To Do In New Taipei City, Taiwan - Updated 2022

Taipei City is a special municipality in the northernmost part of Taiwan. It also happens to be the most populous city in Taiwan. You’ll find that you won’t be likely to escape the crowds here; however, this may be part of its charm. Taipei is known for its historical and cultural attractions including museums and galleries, cuisine, theme parks, night markets, and festivals. Here are ten of the most interesting things you’ll want to check out in New Taipei.

1. Check out the newest waterbank park in the west side of Bali District 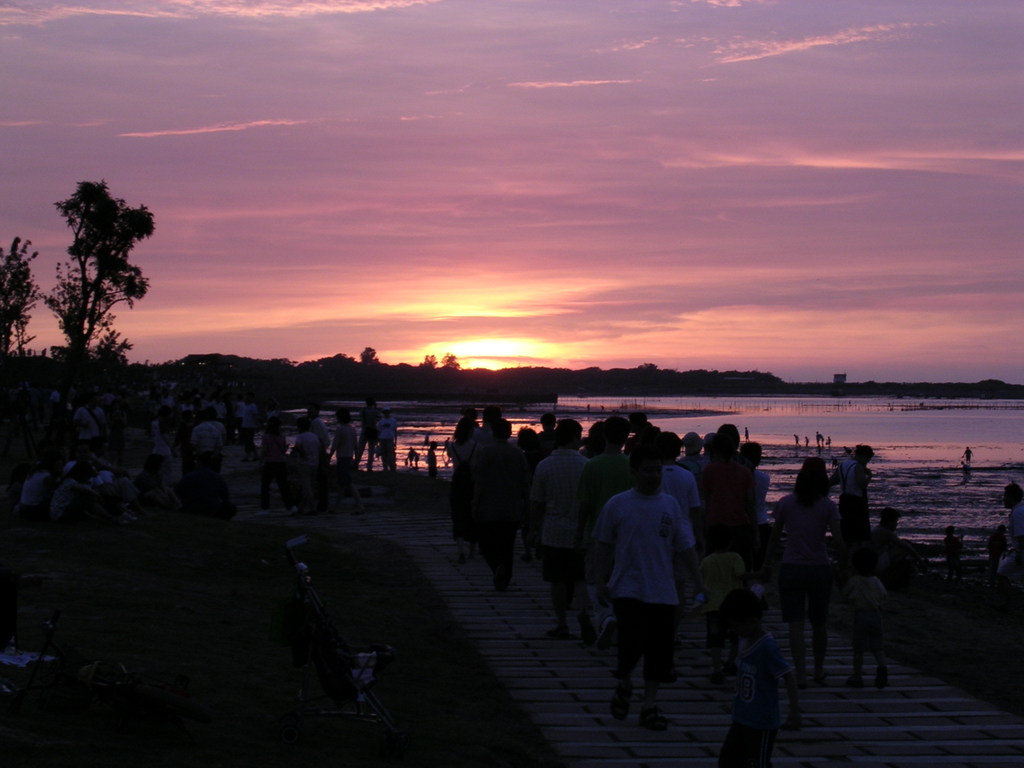 Directly opposite of Tamsui Old Street, across the river, is this charming little district with wooden walkways along the waterfront. You’ll pass by on your way to the Laorong Fortress and Shisanhang Museum of Archaeology. The Bali District is a laid-back seaside town, and along the water is a number of shops, restaurants, and bicycle paths. You can also go to Subzai Park, Left Bank Club, Bali Yacht Wharf, and the Museum of Archaeology. These four spots are essentially what makes up the cultural belt of the district.

2.Try the box lunches at Fulong 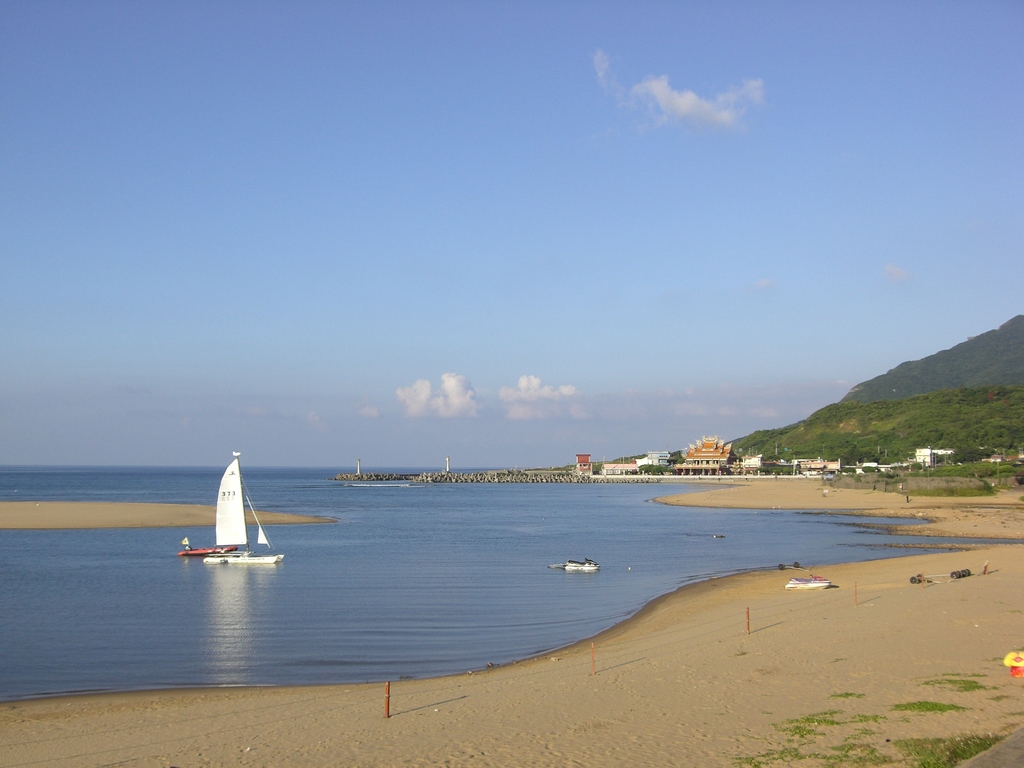 Picture this: you’re dipping your toes in the hot, grainy sand of Fulong Beach. You’re enjoying the view in silence. Beside you is a seemingly ordinary box from one of the many restaurants. But you remember that saying about great things in small packages, and when you open it, the eponymous box lunch from the famous Xiangye (County Wild) Lunchbox Restaurant greets you with the seemingly simple but filling combination of sausage, spiced egg, dried tofu, rice, cabbage, and your choice of meat. Enjoy!

3. Track the historical inspirations of Miyazaki's *Spirited Away* in Jiufen  (from USD 45.0) 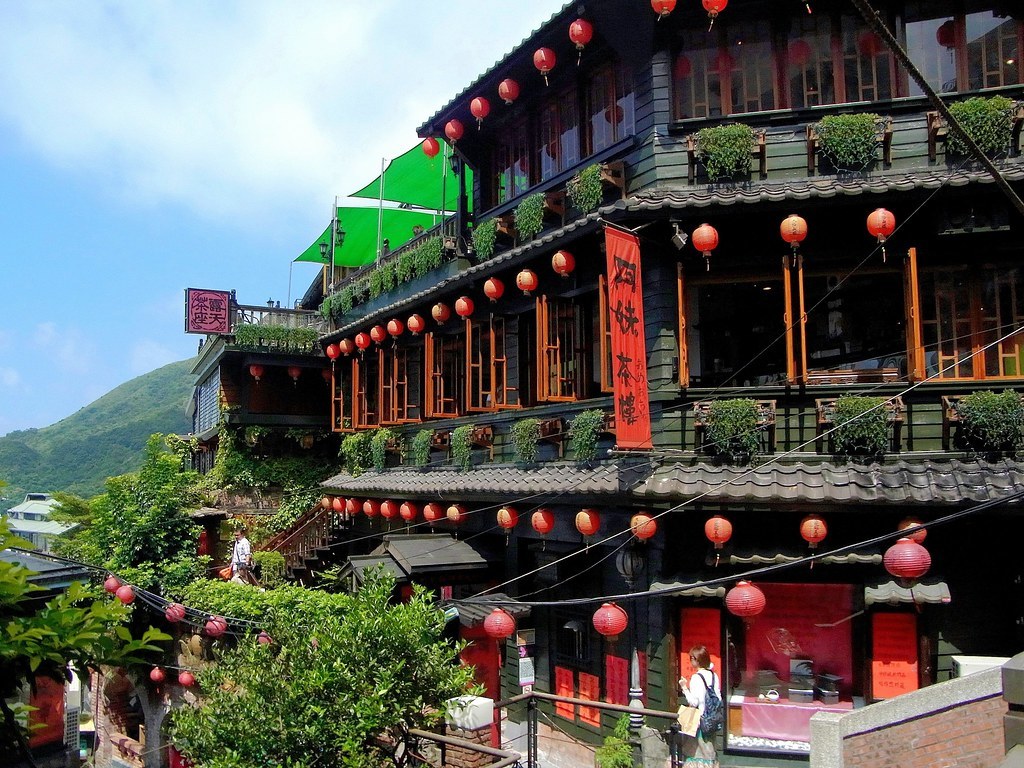 If you’re a fan of the Oscar winner for Best Animated Film, Spirited Away, and its Japanese director, Hayao Miyazaki, you’ll be amazed to know that the director patterned it after a particular place. In Jiufen Old Street, you’ll find the familiar sites from Miyazaki’s film including the place where Chihiro’s parents give in to their gluttony (and why wouldn’t they considering how packed with sweet and savory streets this small alley is) and Yubaba’s Bath House. In Jiufen, it’s actually a teahouse that illuminates brightly at night; its red lanterns casting a bright glow on the crowded street. Don’t forget the tunnel Chihiro entered to go through another world. It’s just by the main road. It’s tucked in an unobtrusive place but if you ask around, locals can point it out.

4. Dip in the hot springs of Wulai 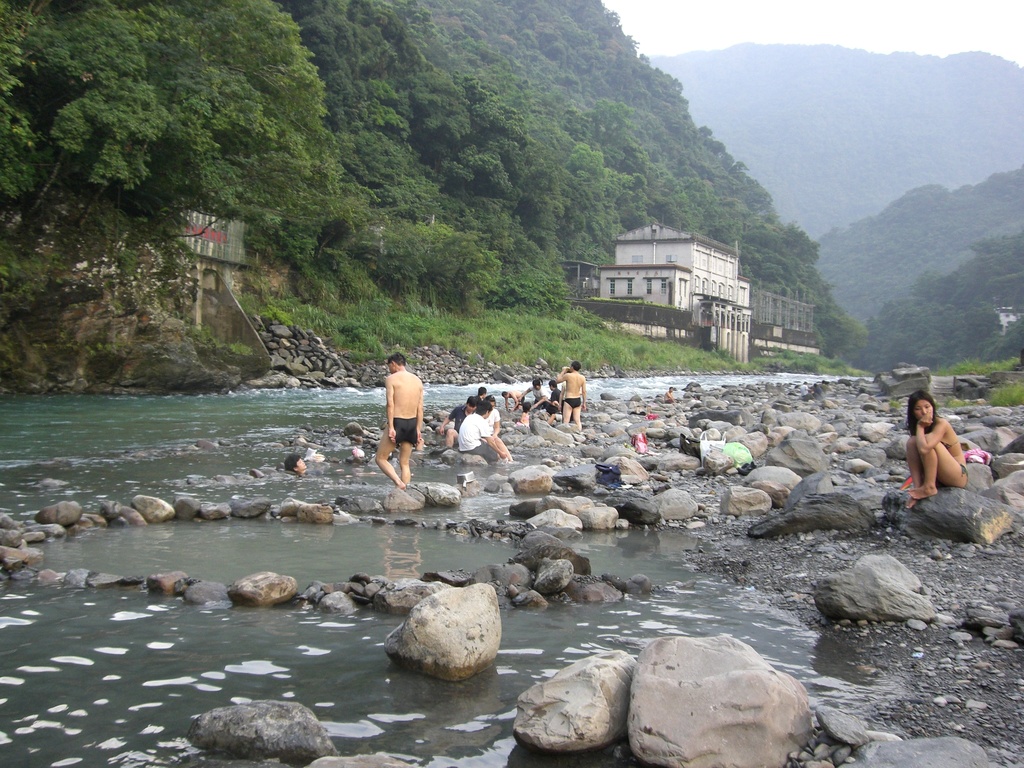 Wulai is famous for their “beauty-enriching springs.” These are clear, odorless springs with water up to 80 degrees Centigrade (176 degrees Fahrenheit) that contains sodium bicarbonate. If you want to check out the public pool, go to the bank of the Nanshi River. You can also find private enclaves in resorts and hotels, which are definitely more sanitary.

Wulai is also great for strolling around, as you’ll find a lot of interesting sights in town including local vegetables delivered to Wulai Old Street and the aboriginal cuisine cooked in the Atayal restaurants. You can also check out the Atayal Museum, and if you’re lucky enough, Wulai is also one of the places to spot cherry blossoms in the spring. 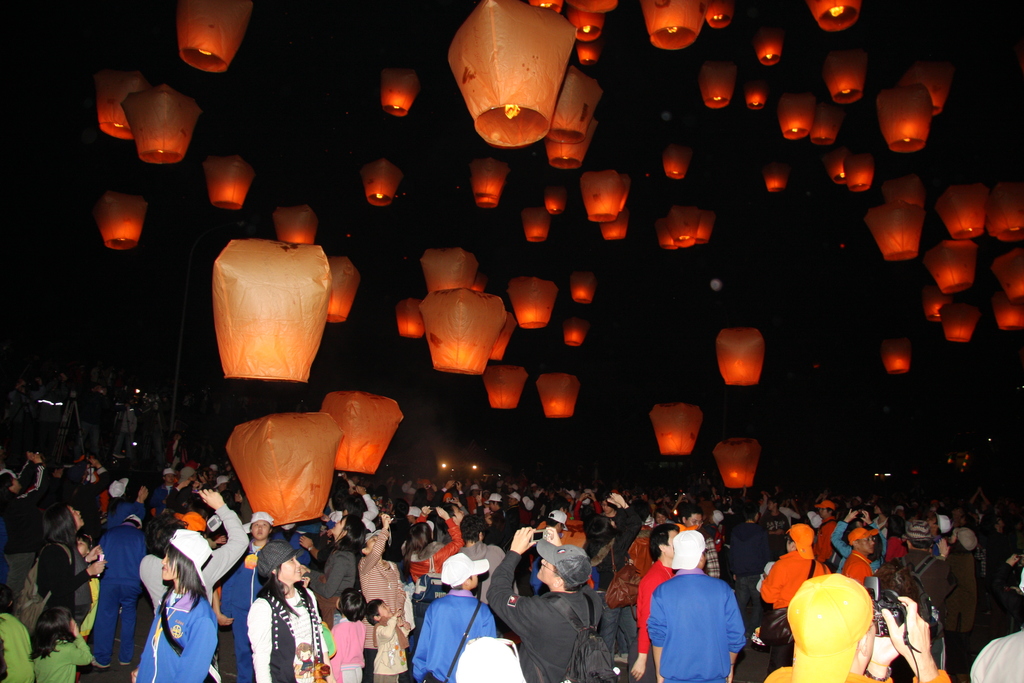 Once a year you’ll find every square foot of Pingxi packed with people, all there for the famous Sky Lantern Festival where hundreds of people light up a lantern simultaneously and watch it float up to the heavens. If you can’t catch this, never mind. Almost as fulfilling is lighting your own lantern at the old Pingxi Train Station. You can do this before or after you enjoy a light snack. There’s dried squid, scallops, Taiwanese sausages, milk teas, and other treats just by the train station. The Yehliu Geopark is a celebrated tourist site because of the natural rock formations found on its cape. The most iconic of which is the “Queen’s Head.” Other formations include the Sea Candles, Ginger Rocks, Elephant Rock, Ice Cream Rock, and The Fairy’s Shoe. The whole cape stretches 1,700 meters (~1 mi) and it’s a charming walk from one formation to the other.

7. Get lost in the night markets of Keelung The Keelung Night Market, sometimes called Miao Kou or Miaokou Night Market, is just seven minutes away from the train station. When you go at night, there’s a huge crowd meandering around the small alley, waiting to try different types of seafood, cooked and served fresh to customers. The king crab and the milk crab are particularly famous. You can also try the pao pao bing, a cross between shaved ice and ice cream. There are also beauty products on display and other items that will certainly catch your eye. 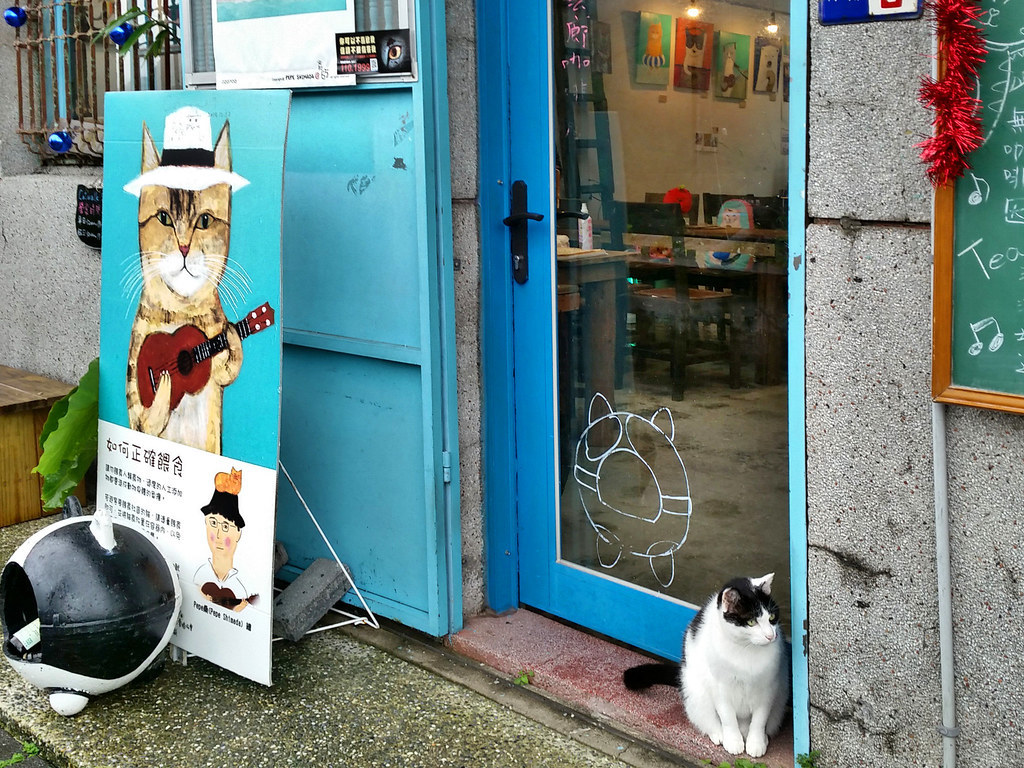 The emergence of this little village’s identity as a cat-loving area came out after the decline of the mining industry in 2008. A village cat lover created a program that enabled the community to take care of the stray cats. The program must have been so successful that the whole village caught the bug. There are now cat-shaped houses, cat-shaped food, cat murals, cat sculptures, cat-themed walkways, and of course, real cats all over the neighborhood.

9. Catching the Yin and Yang at YinYang Sea Along the northern coastal road of Gold Ecological Park is this curious colored patch of water — blue one side and yellow on the other. What’s more interesting is that the formation seems to have formed the Chinese symbol yin and yang, the symbol of duality. This may be a natural formation or a direct effect of the gold mining (the mineral sediments may have trickled to the sea) in the area. Whatever the case, just a short distance away is a golden waterfall that sparkles when the sun hits it just so.

10. Watch the cascades of Shifen Waterfall 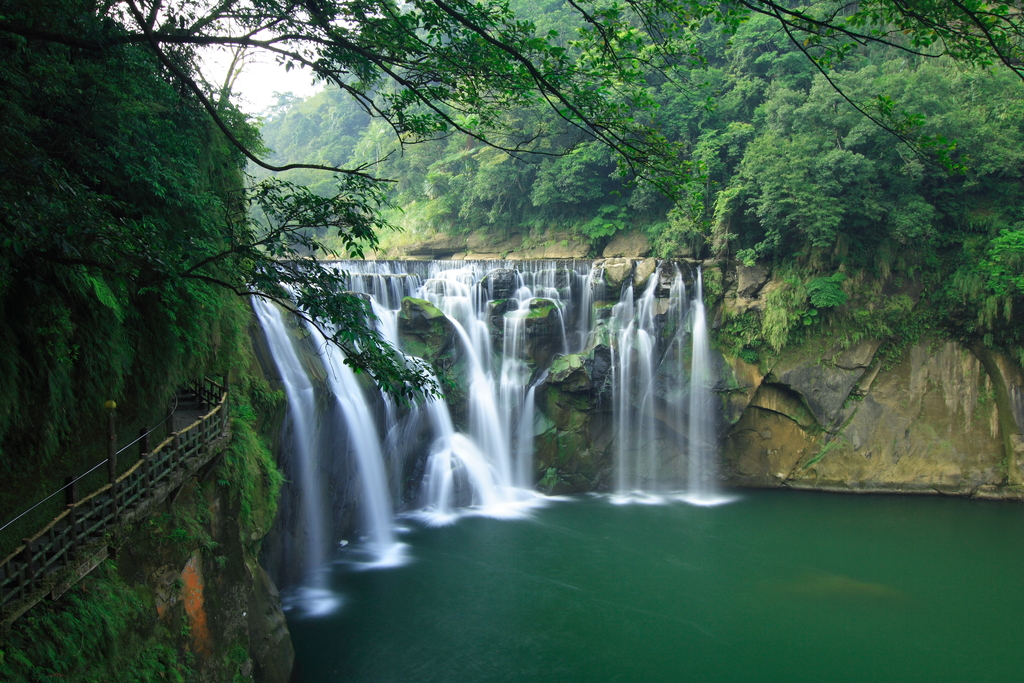 Shifen is a beautiful, natural cascade with a 20-meter (65.6 ft) drop to the lake. The drop may not be that long but the mouth of the waterfall has a wide opening. Sometimes, when the sunlight hits it just so, it makes a rainbow. You’ll also get an impression of historic Taiwan when you visit the old train station down the river. The trains here were originally used for transporting coal, but no you can have a quick snack at the train station. There’s a substantial marketplace area ready to cater to tourists there.

Live it up in New Taipei Despite its name, New Taipei takes so much inspiration from its rich past, its creative present, and its substantial future. Like many cities, it’s changing right before our very eyes. So, cherish the contemporary vibe and the cultural activities. New Taipei is sure to be very different a few years from now.