While compact in size, Shibuya is simply teeming with life and culture. Within such a busy and thrill-packed environment, where can one find fulfilling accommodations to rest one’s mind? This is our definite list of the top five unique hotels you can stop over in Shibuya, which supply both entertainment and respite to the brim. Source: Photo by Flickr user TenSafeFrogs used under CC BY 2.0

Of the series of three hotels located in Shibuya, Akasaka, and Shinjuku Kabukicho, the Shibuya Granbell Hotel is the first constructed of this series. It is only three minutes away from the west exit of Shibuya station and therefore easily accessible to all the chic places in Tokyo, including Omotesando, Roppongi, and Daikanyama. From its first construction in 2006 to its full renewal in 2015, the designer hotel is replete in both functionality and aesthetics, leading to a transformative stop-over experience. The concept behind the hotel is to be a “fan to stay” – as if to demonstrate the popularity of Shibuya pop culture, 70% of customers are foreigners. The hotel itself is full of romantic roomscapes and suites that look as if they’ve come straight out of a picture book of fairytales. This oshare (chic) space is bound to transport you to another world!

Just a little warning note: A wall? A door? So would you wonder when you greet the wooden entrance to your fairy tale mansion. Where shall I be able to gain access to my sweet repose? Based on the concept of “pop”, “artistic,” and “minimalism,” the entrance is deliberately made of a large plank to obscure the entrance. Most people expect the door to automatically open for them, but you actually have to give it a good hearty shove to make your way in.

The lobby is chock full of guidebooks in multiple languages, with free drink services such as Western-style and Japanese-style tea, as well as coffee. The breakfast is free, with French toast being its most popular menu. As for the rooms, other than the standard option of single, twin and double guestrooms, the hotel also offers a grand variety of suite rooms: ‘feminist suite’, ‘business suite’, and ‘penthouse suite’. The feminist suite in particular is strongly recommended for female patrons, who will simply adore the playful design of the suite. For one thing, the artwork in the hotel is not just for viewing, but for touching and using as well. One actually “interacts” with the artwork. For instance, if you turn the light switch on, the lamp within the canvas turns on as well, or the illustrated door on the canvas opens to yield an actual closet for you to use. Art and functionality hence become intertwined within this hotel. The rooms themselves express the pop culture of Shibuya through their vivid Van Gogh-like colours of red and yellow and green.

Make sure to book your stay at least six months in advance - this hotel is worth the long wait! 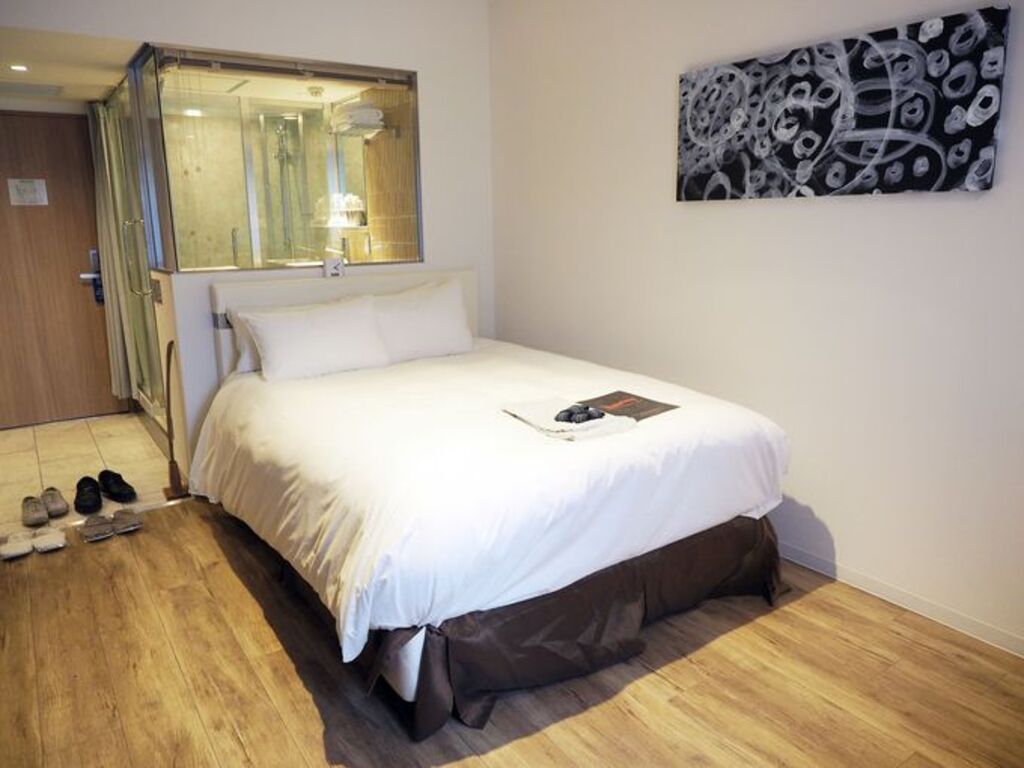 From the fierce competition between hotels, the SHIBUYA HOTEL EN was intended as neither a business nor city hotel, but a “concept” hotel. Seven minutes’ walk from the Hachiko Exit of JR Shibuya station, this Japanese-themed hotel pairs a world of surprise, thrill and excitement with the aesthetic world of “Japan.”

On the fifth floor, we can witness the representative work of ukiyo-e artist Hokusai, ‘Thirty-six Views of Mt. Fuji’. Upon leaving the elevator, one faces the red peaks of Mt. Fiji from the famous print ‘Fine Wind, Clear Morning.’ Despite the boldness of the artwork in the halls, the rooms themselves are made of simple, minimalist materials of wood and stone, offering a relaxed respite from the frenzy of everyday urban life.

A calming guest room versus shock-packed public space – such are the different elements perfected in combination at the SHIBUYA HOTEL EN. Established in 2001, the Cerulean Tower Tokyu Hotel is a luxury-class hotel that is only a five-minute walk from Shibuya station. Although offices occupy the fourth to sixteenth floors of the forty-story building, the remaining floors are devoted to hotel facilities. Guestrooms in particular are assigned to high-rise floors, offering splendid views by the window side. Few hotels can rival the stylish and metropolitan hotel with its Noh theme.

Leave the hustle and bustle of Shibuya below as you rise up towards the higher floors. Although the exterior of the hotel doesn’t exude any special aura, once you enter, traditional Japanese landscapes such as bamboo groves and stone gardens are artfully arranged to provide a fresh “Japanese” taste to the interior design.

You can enjoy Noh performances while relishing meals in a high-class Japanese restaurant located on the basement-level second floor. You will find that in the corner of the banquet hall, there is an entrance to the Noh stage. Pass through a bamboo-hedged path to greet a marvelous sight: a wooden stage of Japanese cypress supported by a roof of hinoki bark and with a pine tree painted as the backdrop scene. The restaurant itself possesses separate and spacious tea rooms, from which you can open the sliding doors to enjoy the Noh performance.

From Michelin-starred French restaurant to renowned Sichuan restaurant, the hotel offers nine high-class restaurants and bars that can be used for parties and private spaces. We also recommend a time-out at the hotel garden lounge ZABOU, which is based on the tea culture concept of zen and situated in the hotel main lobby. You can gaze at the Japanese rock garden from a large window that occupies the entire wall of the front of the lobby. You may order the afternoon tea set called “tour d’ensemble”, which changes with the season. ZABOU offers 30 selections of tea that positively burst with rich aromas and flavours.

Many a romantic female longs after the elegant Parisian apartment lifestyle in Japan. Catering for the wishes of such female customers, the Sakura Fleur Aoyama hotel, installed in both Shibuya and Tokyo, transports you to the land of Paris through its stylish and well-improvised décor.

From entryway to lobby, there stretches a red carpet, among which sofas, tables, and even glassware of immaculate, antique designs are placed. The interior incorporates a playful element to its design by covering a part of the wallpaper of the lobby with skull patterns, modeled after the 2012 film Monster Hotel. Moreover, the wallpaper of the guestrooms on each floor are themed by colours of red, rose, yellow, and blue. Special attention is paid to detail, like a minute illustration of a cat among the roses in the wallpaper. The most popular choice is the petite single, modeled after the 2012 film Penelope. One of the four enclosing walls is painted a deep, beautiful red, drawing out warmth and infusing a lovely, romantic atmosphere to the room.

The petite, chic hotel also has a café and bar called the Antique Rose, which, with its antique interior and French-themed elements such as a soundless French film playing in the background, constitutes for an elegant evening. 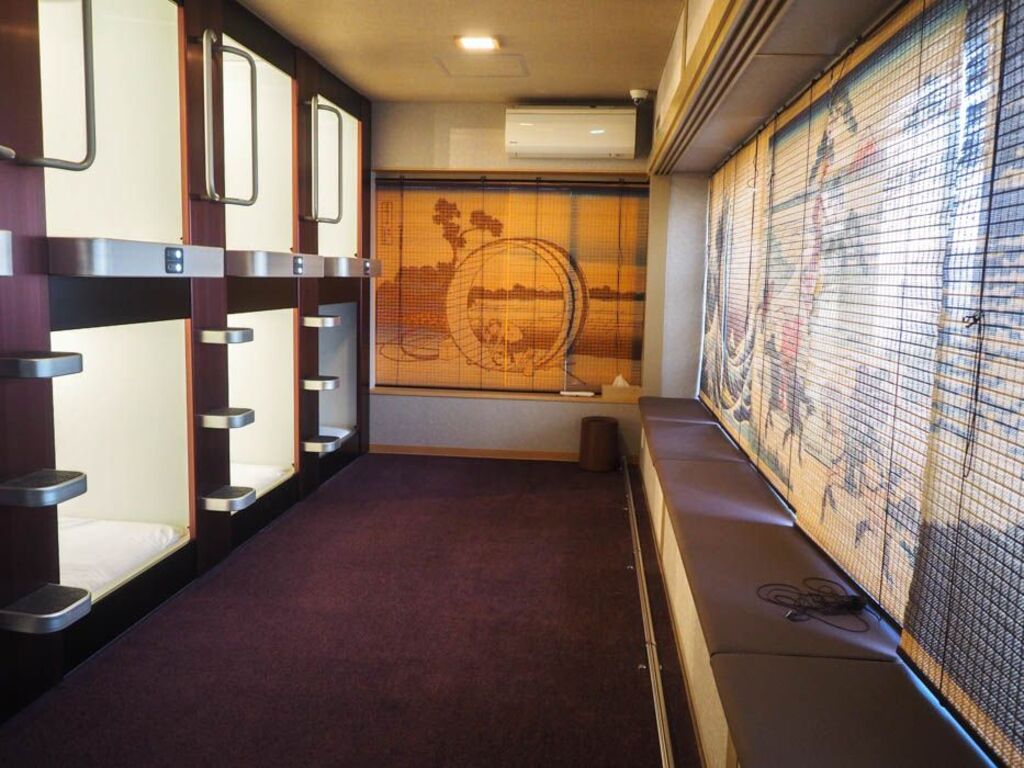 There is a general perception among Tokyoites that “capsule hotels = male guests”. Nadeshiko Hotel Shibuya overturns this old wives’ tale and offers a clean and trendy environment where male and female guests alike can enjoy.

The hotel has, in fact, only been recently established in 2016. A 10-minute walk from the Hachiko exit of JR Shibuya station, it is one alley down from Kyu Yamate Dori. The concept behind the hotel is to provide a relaxing stay to allow for “free travel within Japan.” A blend of modernity and tradition, the hotel also has a unique feature of having an okami, a female owner-manager of a ryokan or Japanese-style inn.

The hotel supplies five-coloured selections of yukata and many other amenities – all the necessities that a guest may require, including, but not limited to, make-up products, cotton buds, body towel, toothbrush, and socks – all beautifully packaged in a Japanese-style purse that can be brought home as a souvenir, no strings attached. If that’s not enough, the majority of the staff are fluent in Japanese and English, allowing for an easy flow of communication between hotel and clients.

The building possesses a basement floor and four upper stories. The hotel front and Oishii Komachi Shinsen, where you can enjoy Japanese sake and oden, are located on the ground floor. The basement floor is occupied for Japanese crafts and souvenirs that you can buy and take home for your friends and family. The second to fourth floors are occupied by the capsule rooms, with the third floor separated into rooms of six capsules and the fourth floor made dormitory-style. Every floor has different background music provided by the famous music broadcast company USEN, including Japanese songs and Bossa Nova.

The capsule units that are allotted for guests are of modern design. A dial controller for air-conditioning and a clock alarm are arranged on the wall within easy access on top of the soft, clean bed. The window shade is designed with Japanese patterns, evoking a Japanese-style atmosphere.

There is also a space that provides all-that-you-can-eat sweets buffet, drink service offering water, tea and coffee, and a 24-hour computer service. The flooring is made of tatami, offering a relaxed ambience. There are also three types of public baths in which you can bathe, scented with the aroma of hinoki bark and offering a good wind-down after a long day. In one bath, a painting of Mt. Fuji stretches across the entire wall, making for a gorgeous view and evening bath.

Revel in the delight and services of hotels in Shibuya

As you can see, Shibuya is packed with delightful and entertaining hotels to stop over for the night. Each of these hotels are based on unique themes for guests to enjoy, ranging from traditional Japanese culture to French antique design. Book your stay at one of these hotels and revel in the excellent services that the city of Shibuya has to offer you. 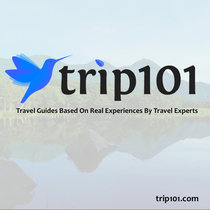