8 Best Things To Do In Cirebon, Indonesia: A Jewel Of Islamic History

Also known as Cheribon or Tjirebon, kota (city), Cirebon has been a center of the Islamic faith for centuries. Located in northeastern West Java (Jawa Barat) province on the Java Sea about 105 kilometers (65 miles) northeast from Bandung (towards the coast), it sits on the border of Central and West Java and had a large part in generating opposition to Dutch colonial rule. With the southern half of the region mountainous and the northern half largely marshy and flat, this seaport is a treasure trove of history and culture. Read on to learn about the best things to do in Cirebon! One of the two oldest mosques in Indonesia with a great view. This attraction dates as far back as 15th century. Also known as Great Mosque of Cirebon, it was built around 1480.

Set in the district of Java and located near the city area (alun-alun kota) this mosque was built as the teachings of Islam were being spread by a person named Wali Songo. The mosque has a wonderful view and permits entry to Muslims and non-Muslims alike. Visitors can enjoy its architecture and the mosque is easily reachable by public transportation. An icon of the city. When you hear the word “Keraton Kasepuhan” you will remember this remnant of the legacy of the Islamic empire in Cirebon. Immerse yourself in the history of Sunan Gunung Jati and learn about the greatness of Kesultanan Cirebon all while taking great pictures amidst the gorgeous architecture of the building. A gate of striking gold and calligraphy greets visitors at the entrance to the Great Mosque of At-Taqwa Cirebon (originally called the Tajug Agung), and six luminous pillars adorn the entrance to the gate. The floors, pillars, and walls of the mosque are made of granite and are decorated with Islamic motifs. Dominating the front are the two sentences of the shahada (declaration of faith) which are emblazoned on cement-reinforced glass set in granite stone from Brazil.

The Red Mosque of Panjunan or (Mesjid Merah Panjunan) is located on a street corner in Panjunan Village (where there are many craftsmen of pottery). It was built in 1480 by Maulana Abdul Rahman who is also known as Prince Panjunan, an Arab who became a pupil of Sunan Gunung Jati (one of the Wali Songo) and led a group of immigrants from Baghdad. Included as an object of cultural heritage, the facade of the building is made of red bricks (hence the name) and displays the influence of the Hindu Majapahit era. The State Building of Cirebon was built in 1865 and it became the official home of Albert Wilhelm Kinder De Camurecq when he served as Resident of Cirebon. Located at Jalan Siliwangi, Cirebon City, the single-story state building is a very beautiful old building with a symmetrical curve to the right and a large yard as well as a round garden and a state flag. There is a family room as well as the Jepara Room (where important guests are received) and beautiful curved ornaments decorate the round garden which was built in 1988. Antique lamps hang gracefully on the front porch of the Cirebon State Building with several pairs of chairs and tables. Located at the foot of Mount Ciremai in Linggarjati Village, Cilimus District and easily reachable from Cirebon City, the Linggarjati Museum is supported by good road facilities and is one of the leading tourist destinations here. Originally a shack belonging to Mrs. Jasitem in 1918, the Linggarjati negotiation building is a historic site, which witnessed the building of the Indonesian nation and the signing of the linggarjati agreement to achieve Indonesian independence. The signing between the government of the Republic of Indonesia and the Dutch government (with the British government acting as a mediator) was to end the dispute between the two parties. Sunyaragi Cave is a piece of cultural heritage here in the city of Cirebon and is one part of the palace known as Kasepuhan Pakungwati. It is located on the ring-road (by-pass) and easily reached by pedicab from the town center. Although called Sunyaragi Cave, this amazingly beautiful tourist attraction isn’t really a cave but a uniquely constructed man-made building. It was built in 1703 by one of the sultans of Cirebon as a water palace and renovated in the 1800s by a Chinese architect.

Immerse yourself in the Islamic faith and struggle for independence from Dutch rule in Cirebon, Indonesia. 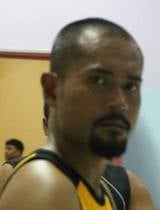