10 Best Street Food You Must Try In Turkey

Turkey is a bridge between East and West. It is a perfect blend of both worlds. The country is located partly in Asia and partly in Europe, filling the gap between two continents. The country has a long list of Mediterranean beaches, ruins, unusual landscapes, along with its trademark architecture. The food is an important attraction of this country, which is a fine blend of both the continents. Here, the rich spices of Asia blend in the typical Mediterranean flavor. The true flavor of Turkish foods can be tasted maximum in its street foods, more than its lavish restaurants. So, you must try some of the popular street foods to feel this blend. Check out the list of best street food you must try in Turkey. In one-word, Turkish Dürüm can be described as a barbequed meat wrap. This delicious item is actually the Turkish version of our favorite burrito. It is prepared with various kinds of slow-cooked meats, like chicken, beef or lamb. These delicious meats are wrapped into a traditional flat-bread, called lavash. The bread which is used in this dish is thin and chewy, yet sturdy to hold the meats together. This light bread is the perfect combination of delicious grilled meat. The combination of bread, meat, and veggies make this dish a wholesome one. Source: Photo by user William Neuheisel used under CC BY 2.0

The traditional dish of Turkey is known as a hangover meal to the locals. The dish is made with the intestine of the lambs, wrapped around the sweetbreads and grilled to perfection. The entire thing is cooked on the wood fire, which implements a delicious smoky flavor to this food. In turkey, this item is specially prepared in the wheeled carts. The real flavor of Kokoreç can be felt when the fat melts in the rotating skewer and small slices are cut to serve. Prior to tasting, its bubbling sound and delicious smell are to enchant your senses.


The Islak Burger possesses the reputation of being the wet burger. This juicy burger is not so visually beautiful, but they are delicious in taste. Mostly the slider-sized burger contains a meat patty, in maximum cases, it is beef. After preparing the soft white buns with the meat patty, it is doused in an Italian-tomato and garlic sauce. Then, it is kept in a steam box until served to the customers. These burgers are especially famous during the evening or at night. The Taksim Square of Istanbul is famous for serving the most authentic Islak Burger of Turkey. The delicious Lahmacun is often called as the Turkish version of pizza. The hand-kneaded dough is topped with a mixture of minced meat, vegetables, and herbs which bring the authentic rich Turkish taste. The meat, which is mostly used for Lahmacun is beef or lamb, tossed with tomato, garlic, onion, peppers, paprika, cumin, cinnamon, etc. It is often called pizza, although its origin is strictly middle-east and it doesn’t contain cheese. The dish is very well-connected with the historical background of the bread of Turkey. The traditional flat-bread of Turkey is usually used in wrapping the meats. However, the bread, topped with meats and vegetables, and prepared in an oven has a typical Mediterranean background. The traditional ‘Tavuk Pilav’ signifies rice with chickpeas and chicken. It is great comfort food, and also very filling. The term ‘Pilav’ is somewhat similar to ‘pulāv’ in Hindi which signifies cooked rice. The Turkish Tavuk Pilav is prepared with rice, butter, chicken broth, spices, and meat. The meat in this Pilav is mostly moist chicken breast, cut into chunks. The Tavuk Pilav is a great option for a fulfilling meal if you are backpacking. Simit is a Turkish bread ring, which is popular as Turkish bagel worldwide. The crunchy bread is topped with sesame, sunflower or flax seeds. The nature and name of this popular food vary in different parts of Turkey. In the capital Istanbul, most of the Simits are made with molasses. In the city of İzmir, this popular food is called Derek, whereas the city Ankara sells the smaller and crispiest version of it. You can buy the best version of this food from the street vendors called ‘Simitci’, they sell these bread rings in a glass-topped trolly. The typical item is found all through the country. It is a lightweight dessert, which is to cost you lesser than your expectation. The wafer is normally made with condensed milk, caramel, chocolate, coconut strawberry. It can be of different flavors, which are especially liked by the children. The snack is usually crispy, and it is normally eaten with the ice-cream. The combination of Kağıt Helva with ice-cream is delicious. This snack is normally sold in the old-fashioned wagons, which are traditional yet thriving. Source: Photo by user hatice used under CC BY 2.0

The mussels are an integral part of Turkish cuisine. Midye Dolma signifies stuffed mussels, which are served in their shells along with a lemon. The mussels are stuffed with flavored rice, and cooked to perfection with garlic, pepper, cinnamon and currants. This street food is available in every corner of the country, sold in the small stands. Midye Dolma is popular in the capital city of Istanbul, which is mostly eaten after sundown. Another iconic food of Turkey, which signifies bread (Ekmek) and fish (Balık). It is a typical sandwich which is made with fish filling in Turkish bread. The whitefish is grilled and stuffed in a bun with raw onion and lettuce. The story behind this typical dish is very interesting. The trend of selling grilled fish was started by the fishermen of Istanbul. They used to sell it in the waterfronts of the Bosphorus and Golden Horn, grilling the fish on the makeshift grill of their boats, in order to earn some extra money. The dish has a tangy and spicy flavour, which makes it excellent to taste. The authentic flavor of Turkish baked potato differs along with its different fillings. Mostly created with large potatoes, they are cut into the middle and filled with different fillings. Kumpir can have various fillings, like kaşar cheese, mayonnaise salad, corn, peas, carrots. You can also choose your own combination of fillings according to your taste.

The true essence of Turkish foods

Turkey has witnessed the rise and fall of the eminent empires of the world, like the Romans, Ottomans, Byzantines. Every empire has left its mark on this country, in its own way. This land is full of history, which has inspired cuisines and food habits in every corner of the country. However, the true essence of the food culture is very much present in its famous street foods. So, a trip to Turkey won’t be complete if you get back from here without tasting these best street foods available here. 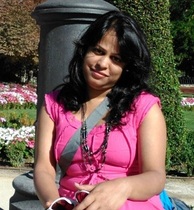 Explore Turkey
Good things are meant to be shared!