Visit Keraton Yogyakarta: A Javanese Palace With A Live History

From Aceh in the West to Ambon in the East, many kingdoms has reigned in Indonesia since ancient times. These kingdoms were then ruled by the Dutch colony in the 17th century before finally getting merged, which resulted in the Republic of Indonesia in 1945. At present times, we can only see some traces of the kingdoms in the form of royal palaces that are spread throughout Indonesia. However, among many of the palaces, Keraton Yogyakarta (Yogyakarta Palace) is the only Indonesia’s ancient palace that still maintains its activities, just like what the royal family did in the past. Read on to discover the live history of this Javanese palace!

Sections of the Javanese Palace 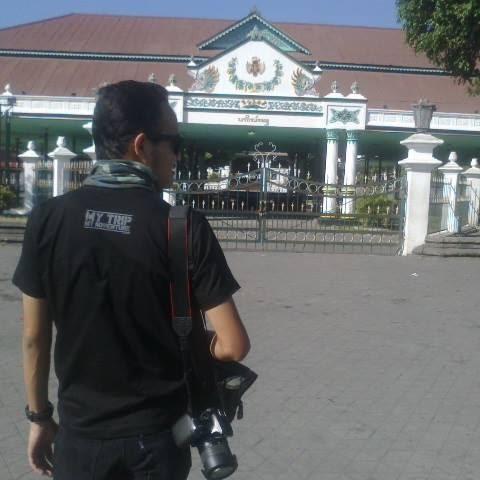 The Sultan and his family live in a palace called Keraton Yogyakarta (keraton means palace). However, more than just a home to the royal family, Yogyakarta Palace is now open to public ( at 1.10 USD for the entrance fee) and has become a living museum of well-preserved Javanese culture within the beautiful and unique architecture.

Constructed in 1755, this 260-year-old palace consists of several parts, which visitors can enter through two gates: Tepas Keprajuritan (army side) and Tepas Pariwisata (tourist side). Entering the palace from the army side, which is located by the Palace Northern Yard, you’ll notice some buildings with tall pillars and ceilings painted in white. These look more Dutch than Javanese, which is understandable since the sultanate was built in the Dutch era. Here, you will find two sections called Siti Hinggil and Bangsal Pagelaran (performance hall) where royal ceremonies and public performances are held in here.

The Siti Hinggil section where the first Indonesian president, Soekarno, was enthroned is a place to hold formal ceremonies like the one for Sultan coronation. Meanwhile, Bangsal Pagelaran is where less formal but traditional ceremonies like Garebeg (an event held three times a year where the king gives charity to the poor) and events like Ramadhan (an Islamic festival) are held for public. Here, you’ll also find a museum containing the collection of royal traditional carriages that were used in the past to transport the royal families in formal occasions such as weddings. At present, some of the carriages are occasionally used for the same purposes. The palace also has performances held for tourism purposes. To see them, enter through the other gate meant for tourists. This will lead you to a section called Sri Manganti. It is the place where musical and dancing performances are often held and you will see traditional Javanese orchestral instruments of gamelan for free! One of the performances is a dance about the Indian classical tale of Ramayana that was brought to Java by Indian traders about 2000 years ago. Held every Sunday at 9.30am - 12pm, the tale is about a man named Rama who successfully rescued a girl named Shinta from a demon named Ravana and married her.

Dedicated servants of the king Witness the old way of life inside the palace. It is the place where Javanese culture lives on. Aside from the collection of Javanese properties like ceramics, glassware, weapons, photographs, paintings, miniatures, and replicas, visitors can observe royal servants wearing traditional Javanese clothes move around the palace performing their duties. They all voluntarily serve the king merely for their reverence to their respectable king. Their service to the king comes in various ways such as guarding the palace, keeping an eye on royal properties, preparing offerings for certain rituals, etc.

FrogStay Wulan Room by the River

Shop, eat and ride a becak at Malioboro street After visiting Keraton, it is a good idea to visit an area near the Keraton named Malioboro for your meal and souvenirs. Malioboro is a well-known street in Yogyakarta that is popular for shopping and culture (some Ks parades and festivals are held on the street occasionally). Food, clothing and various souvenirs are sold at reasonable prices. For instance, you can get a batik dress for less than 10 USD (shop at Raditya shop, as it has good quality batik with lower price) and even with 1 USD, you can get a plate of Javanese famous food named gudeg (rice with cow skin called krecek and jackfruit cooked with coconut milk) with a tall cup of sweetened iced tea!

Other than shopping and food, you might want to try riding on a becak (an Javanese style tricycle paddled by a man). You will easily find a becak, as there are a lot of becak drivers along the street waiting for their customers. With only 2 USD, they will take you around Malioboro.

Various attractions near the Keraton

The Keraton is located in the heart of Yogyakarta. From the palace, you can go to several other attractions such as Tamansari Water Castle (a new water theme park), Sonobudoyo Museum (museum of Javanese puppets called wayang), etc. The good news is they are just within walking distance (less than 1 km). However, if you are too tired to walk or want to experience something different, you can go to these places by riding a becak or a dokar (a Javanese style horse carriage, more or less similar to the few carriages found in the museum inside the Keraton). Aren’t these green, cheap and practical ways to get around the busy street?

Explore Yogyakarta
Good things are meant to be shared!